“I’m still looking for the truth,” says attorney Sidney Powell of Defending the Republic. “We’re finding more of it every day.”

According to the Truth & Liberty Coalition, “Though the Democrat candidate for president currently resides in the White House, investigations continue into what exactly happened in the 2020 election.”

You can watch the discussion below courtesy of Rumble after it was banned on YouTube.

You will see that as part of the ongoing investigations into the 2020 Election, Sidney Powell cited upcoming results from the Maricopa County (Arizona) audit, research that claims the statistical improbability of results, personal affidavits, and video evidence of alleged fraud.

“Although it paints a very dark picture of what happened in our country, I think we have to have the truth before we can solve the problem,” she says.

Sidney Powell has become a firebrand for constitutional conservatives, incurring the wrath of the left and their “big tech” allies. The Truth & Liberty Coalition became the latest target when the video featuring Powell was removed from YouTube immediately after the livecast.

“Everybody can see the country disintegrating before our eyes,” she says. “Our rights, our cherished liberties, are evaporating by the day.”

Powell’s organization, Defending the Republic, “was established to defend and protect the integrity of elections in the USA and the individual rights enshrined in our Constitution.” Sidney Powell shared how she and her team are working around the clock to fight against election fraud and other strategies of the radical left.

According to Richard Harris, “In order for our country to prosper, we must have confidence in our electoral system. As things stand, that confidence is in tatters. Significant evidence has been made public that gives millions of Americans’ good reason to doubt the integrity of the results in 2020.

Those doubts will not be resolved by Big Tech’s policy of telling people to be quiet. The censorship approach only fuels fear and speculation. At a minimum, America needs a comprehensive investigation – including forensic examinations of ballots and technology – by truly independent and qualified persons with 100% transparency and accountability.”

About Truth and Liberty Coalition

Truth & Liberty Coalition, Inc. is a 501(C)(4) non-profit based in Woodland Park, Colorado. Established by Andrew Wommack and other Christian leaders, the goal is to educate, unify and mobilize Christians and conservatives to become involved in the affairs of their community and government.

The Arizona Audit and the fight for truth in America

Sat Sep 25 , 2021
Share on Facebook Tweet it Email The Arizona Audit results have now been presented and the documented reports are available to the public at https://www.azsenaterepublicans.com/audit. Of course, opposing sides will see the results quite differently. Depending on whether you are a Republican or Democrat, truth seeker or conformist you will […] 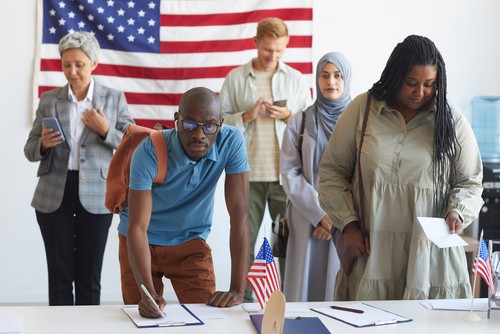 Celebrating 400 years since the First Thanksgiving

How to Live in the Fire of God

Wil Graham, following in the footsteps of the Father