There are some who have no idea the US election results are in question. This may change as the House and Senate debate are forced to debate the election fraud issue on January 6th. We pray that this day will bring clarity as Senators and House Reps make a final stand for election integrity. May righteousness, truth and justice prevail.

The way the mainstream media have consistently reported on the 2020 Elections results, you’d think Election fraud is something that could never happen in America. Yet hundreds of thousands of Americans have been protesting against election fraud using the slogan ‘Stop the steal!’

Watch the video clip below where US lawyer, Sidney Powell describes the election fraud she believes to have taken place as “stunning, heartbreaking and infuriating’.

Could the US Election have been stolen? You’d never think so if you listen to broadcasters like CNN, yet there seems to be mounting evidence that something is seriously wrong. The President’s lawyers led by Rudy Giuliani seem to think there is a multiple election fraud across multiple states and that it has been centrally coordinated.

If these allegations are true then every patriotic American has every reason to be angry. While the mainstream media and ‘big tech’ continue to insist that there is no evidence against election fraud, the President’s lawyers say they certainly have it.

Rudy Giuliani says he has many affidavits where witnesses have sworn under oath that they have witnessed election fraud and Sidney Powell has spoken at length about the way Dominion software has been used in several states to steal votes from President Trump and allocate additional votes for Joe Biden.

“A full-scale criminal investigation needs to be undertaken immediately by the department of justice and by every state’s equivalent, Attorney General’s office,” she says citing examples of how and where Dominion software has been used to rig elections.

“This is stunning, heartbreaking, infuriating and the most unpatriotic acts I can imagine for people in this country to participate in any way shape or form. I want the American public to know right now that we will not be intimidated.

So what’s going on in America? Who do you believe? Believers need to pray for God’s wisdom to discern who is telling the truth and who isn’t. We must determine who is speaking honestly and who is trying to silence any form of criticism or scrutiny.

It seems there is much the mainstream media aren’t reporting, backed up by the warning messages Facebook and Twitter are quick to apply to anyone who doesn’t agree with the election results. This just adds to the suspicion.

Pray Luke 8:17 over this whole election fraud situation and trust God for Him to intervene. “For there is nothing hidden that will not be disclosed, and nothing concealed that will not be known or brought out into the open.” 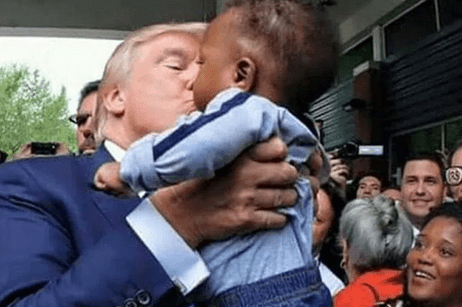