Prophets are being stirred from sleep to pray. Perhaps this is happening to you. You are being called to pray into the mighty work of the Lord in this hour. Jane Hamon prophesied saying, “Prophets from around the world agree: we have entered a new era in the church, the nations and in history…In times of great darkness in the earth God will cause His glory to shine on His Church. And we will see one of the greatest harvests the earth has ever seen.”

Jane was given a dream and within the dream she had a vision of the enemy’s plans. She said, “I had a dream where a spiritual assignment was sent against a godly leader and reformer. The enemy’s name was Rabshekeh. And he was coming to spread poison on the back of the leader and then take a rod to beat his back. The back represents the man’s strength. The back was where Jesus was beaten so that we can receive our healing. But the enemy wanted to beat him down, afflicting him with poison. To rob from him and destroy him.”

Jane continued saying about her dream, “Before Rabshekeh could complete his mission of destruction we alerted the authorities who captured him. The authorities then led us out and put the enemy’s rods in our hands to beat his back. Rabshekeh’s name means ‘chief prince’ and is a demonic assignment against the reformers, leaders and even the nations today. Rabshekeh was the emissary of Sennacherib. He was a mouthpiece, sent to demoralize Hezekiah and his armies. Isaiah 36 gives the account of this evil man trying to get Hezekiah’s armies to quit and flee.”

Be Strong and Courageous

“Rabshekeh filled the air with accusations against who God is. He was against who the leaders were. But don’t let the enemy get in your head! There is a demonic mind control that is trying to talk believers out of their destinies on an individual basis and even try to bring nations into subjection and submission…Be strong and courageous. Be not afraid nor dismayed. As Hezekiah cried out to God at the altar and sent for the prophet Isaiah to hear the word of the Lord.

Isaiah the prophet declared in Isaiah 37:33-35, ‘Thus says the Lord, ‘He shall not come into this city, nor should an arrow shoot there. Nor will they come before it with shield, nor build a siege mound against it. By the way that he came, by the same shall he return. And he shall not come into this city,’ says the Lord. ‘For I will defend this city, to save it. For my own sake and for My servant David’s sake.’ That very night God sent an angel to slay 185,000 Assyrians and Senaccherib and Rabshekeh returned home and were killed by their own people.”

The Voice of the Lord Shatters Your Enemy

‘At the end of my dream the rod of punishment which the enemy sought to being used against the Godly leader was used against him! The Lord turned the evil that the enemy meant against the leader back on his own head. Hear the word of the Lord! The Voice of the Lord will shatter your enemy, with His scepter He will strike Him down. Rise up Reformers, lift your heads all you leaders. Seek the Lord and hear His voice. Everything you are fighting against, every Rabshekeh assignment to get in your head and accusing you will be shattered by the voice of the Lord. The voice of the Lord shatters your enemy.”

Also, read what God is saying for America on US Christian. Or listen to How to Hear God and Prophesy on ‘Spirit Empowered Living with Jared and Rochelle Laskey.’

Thu Jun 16 , 2022
Share on Facebook Tweet it Email The Kendrick Brothers have done it again, delivering another first rate film with a strong Christian message of familly, love, forgiveness, reconciliation and new beginnings in their latest release. The Heart of Lifemark Movie, which focuses on adoption, will be released in September “It’s […] 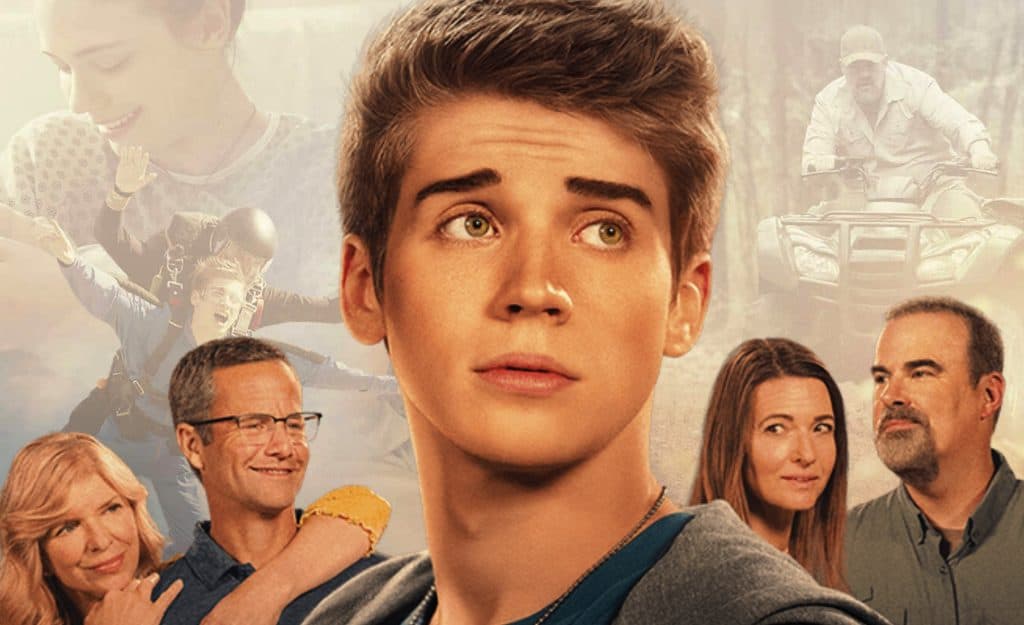