Operation Rescue has announced that its recipient of the 2020 Person of the Year Malachi Award is President Donald J Trump.

The Malachi Award is given by Operation Rescue every year to recognize individuals who sacrificially work to advance the cause of protecting the pre-born.

During President Trump’s Administration, he has done more to protect unborn lives than any other President in US History.

Pro-Life Person of the Year

When he first took office, he immediately set out to defund those that promote abortion worldwide. He established policies at the Department of Health and Human Services that completely changed the philosophy of government from one that favored abortion businesses like Planned Parenthood, to one that promised to protect life “from conception until natural death.”

Most recently, the Trump Administration withheld $200 million from the State of California for requiring all health insurance policies to include abortion coverage, which forces those who object to fund abortions.

Earlier this year, President Trump pulled out of the pro-abortion United Nations’ World Health Organization.  The WHO is one of the world’s top promoters and funders of abortion internationally.

President Trump has also appointed three Supreme Court Justices during his first term, including conservative Justices Neil Gorsuch, Brett Kavanaugh, and Amy Coney Barrett, the first openly pro-life Justice on the Supreme Court.  This has produced the first conservative majority on the High Court in decades.

President Trump has done more to build a Culture of Life in the USA than all previous presidents combined.

President Trump’s over 300 judicial appointments give pro-life supporters new hope that life-affirming legislation will withstand legal challenges. These appointments have created a climate where the possibility of overturning Roe v Wade now exists, and has placed the nation on a course toward building an Abortion Free America.

He has also protected religious liberties that ensure Americans can continue advocating on behalf of the unborn in freedom.

“President Trump has done more to build a Culture of Life in the USA than all previous presidents combined,” said Operation Rescue President Troy Newman. “It is my honor to acknowledge these accomplishments and relay my deep gratitude to him for keeping and exceeding all his promises when it comes to the matter of abortion. He is a worthy recipient of the 2020 Person of the Year Malachi Award.”

Operation Rescue is one of the leading pro-life Christian activist organizations in the USA. Its goal is to expose abortion abuses, demand enforcement, save innocent lives, and build an Abortion-Free America.

Rima Fakih was the 1st Muslim 'Miss USA' now she is a Christian, wife and mother of 3!

Sat Dec 26 , 2020
Share on Facebook Tweet it Email Ten years ago Rima Fakih was crowned ‘Miss USA’, the first Muslim to win the title. Rima was born into a Shia Muslim family in Lebanon and came to the USA as a young girl when her parents decided to escape the Lebanese Civil […] 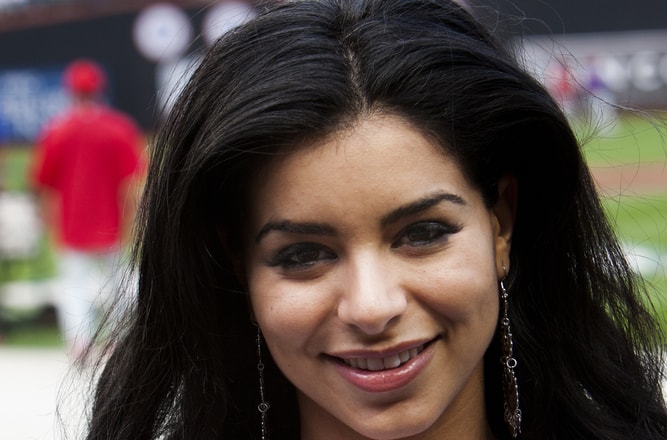