Evangelist Alveda King, weighs in on racism, Justice for George Floyd and the racist origins of Planned Parenthood.

Racism – A socially engineered concept based upon the false premise that there are separate races of human beings. One is a racist when one believes himself to be part of a distinctly separate race of the human species. This concept of racial separatism has no basis in scientific evidence.

“We must learn to live together as brothers [and sisters], or perish together as fools.” Rev. Dr. Martin Luther King Jr.

Tuesday, a panel of jurors found ex-Minneapolis police officer Derek Chauvin guilty on all three charges in connection with the murder of George Floyd, a 46-year-old Black man, who died on May 25, 2020 after Chauvin held his knee against his neck or upper body for nine minutes and 29 seconds, as a handcuffed Floyd repeatedly said: “I can’t breathe.”

This tragedy resulted in one of the most closely watched, racially charged criminal trials in recent history.

Chauvin, charged with second-degree unintentional murder, third-degree murder and second-degree manslaughter, was announced guilty across the board while America watched with bated breath, on edge as they awaited the verdict.

To the relief of many, including family members and notable celebrities, Chauvin’s bail was immediately revoked and he was led away in handcuffs.

While Floyd’s murder prompted months-long worldwide protests, with calls for an end to police brutality and systemic racism, the verdict seems to bring hope for the possibility for genuine justice for some who are victims of racism and oppression in America.

Earlier on Tuesday, President Biden weighed in by saying he believes the case is “overwhelming.” He said he had spoken to Floyd’s family on Monday and he could “only imagine the pressure and anxiety they’re feeling.”

Having spoken with and prayed with members of George Floyd’s family, and also having experienced the grief of murders of family members in the battle against racism, I agree the George Floyd saga has been overwhelming. I am glad justice has prevailed in the verdict.

Now, I can only pray that the divisiveness of racism will be broken down; and that the systemic lie that empowers racism in America will be not only exposed, but will be eradicated. There can be only one true critical race theory and that is for the one human race. We are one blood, one human race, and should be regarded as equal, from the womb to the tomb

Racism not only rears its ugly head in situations such as the George Floyd tragedy. Racism is deeply rooted in the socio-economic systems of America. A classic example of this travesty is the foundation of the organization Planned Parenthood, whose racist founder was Margaret Sanger.

In her April 17, 2021 op-ed for the New York Times, Planned Parenthood CEO Alex McGill Johnson said her organization would stop making excuses for Sanger. What she meant is that she wants her friends inside the Beltway and in the media to stop talking about Sanger’s sordid past, so the organization can quietly continue carrying out its genocide in the Black community while also giving lip service to the Black Lives Matter movement and helping to portray abortion as the very best of things on television and film.

Since there is no basis for disputing that Sanger thought Blacks were inferior and wanted to prevent them from ever being conceived, Planned Parenthood is finally acknowledging her racist roots; while adding a caveat that Sanger’s racism doesn’t mean anything, because that was then, this is now. Yet today Planned Parenthood still carries on with its genocide of the Black community through abortion.

Meanwhile, recent history is littered with examples of the duplicity of the abortion industry’s so-called compassion for people of color and the underserved. Please examine the sagas of abortionist Kermit Gosnell, the tragedy of Tonya Reaves, the millions of Title X tax dollars, the upside down numbers of abortions over live births in America’s Black communities.

“Margaret Sanger set out to eradicate the Black community through genocide,” Jones said. “She believed Black people were defective from birth and she set out on a mission to sterilize Black men and women and abort Black babies. She spoke to the women of the Ku Klux Klan. Today, Planned Parenthood is America’s largest abortion provider but it’s time to sterilize, abort and eradicate Margaret Sanger, the racist organization she founded, and their memory.”

So while America is grateful for the justice for George Floyd, Planned Parenthood is telling us the organization now recognizes that racism is bad while assuring us its attempts to annihilate the Black community will continue unhindered, but now with a veneer of wokeness.

Friends, maybe now is the time to connect the dots. MLK once said, “Injustice anywhere is a threat to justice everywhere.” Maybe justice for George Floyd should be a gateway to justice for all, from the womb to the tomb.

For more about the ministry of Alveda King and overcoming racism, visit her website.

Tue Apr 27 , 2021
Share on Facebook Tweet it Email For the first time in 70 years, there will be no public prayer gathering at the US Capitol building during The National Day of Prayer on Thursday, 6th May 6th. Rev Patrick Mahoney, Director of the Christian Defense Coalition, has been denied a permit […] 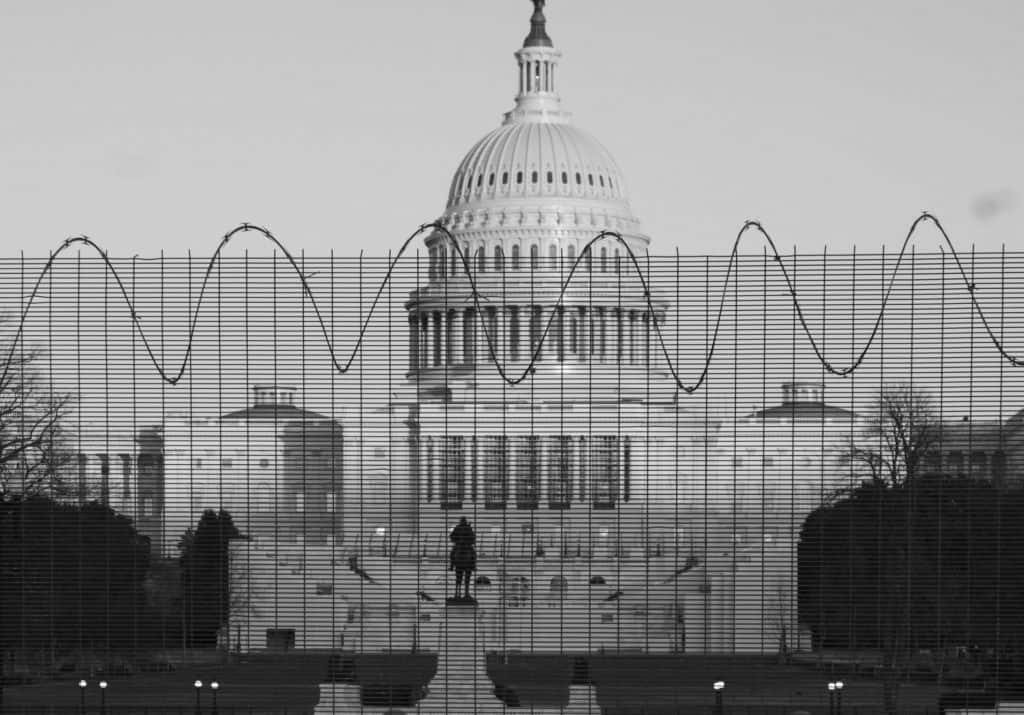