As the US election continues to be contested in the courts, a final election result and confirmation of who will be inaugurated as President in January still seems to allude us. We see such bias in the mainstream news, who are celebrating ‘President-Elect Biden’ as if there is no question that he won fairly, and yet there are multiple allegations of election fraud that still need to be addressed.

We don’t know exactly what is going on behind the scenes and mustn’t give up on our prayer assignment regarding the election yet. We as the Body of Christ must continue to pray for every authentic vote to be counted and every fraudulent one to be overturned. May this be resolved as quickly as possible. However, the courts need to take their time to ensure we have a result that isn’t contested.

Of course, it’s in nobody’s interests for legal wrangles to run into December/ January. However much is at stake and for the Christian, the urgent need for us to pray fervently for the final election result may just be getting off the ground. There is a fierce battle raging right now in the heavenly realm between the forces of light against the forces of darkness. We know our fight is not against people or political persuasions but against an enemy who comes to kill, steal, and destroy.

It seems the enemy is doing his level best to steal an honest election result and we must intercede against this, that any voter fraud or irregularities will be exposed. This is not a time to give up but to fight on. God is watching and He wants His people to rise up in prayer and intercession and make a bold stand for righteousness.

As the final election result may not be known for some time it seems President Trump is being humbled right now. Perhaps this is exactly what is required to get him to fall on his knees. It was prophesied by Kim Clement that he wouldn’t start off as a praying leader but He would ultimately become one! Maybe this is what is needed to get Christians across America on their knees. We need to start praying for God’s divine intervention like never before.

If you listen to much of the media it appears Donald Trump is being ousted at every turn but there are glimmers of hope. This is a place we often find ourselves as believers – between a rock and a hard place in our own lives. However, as long as we are trusting God, there is hope. It’s never Game Over until God says so!

We have all been in places where the circumstances seem so bleak that we feel doomed to fail or think we will end up in disgrace. As believers, we go through many humbling processes in order to learn not to operate in our own strength but rely completely on God. This means spending time with the Lord in prayer and reading His Word which reveals His truth about our situation. When we do this we don’t give up but keep praying and trusting him.

The President is being driven to his knees. Yet it is not over until we have a final election result. He still has a narrow path to victory and that is very often how God works. No matter what the final election result, Donald Trump still has much to do for God. It is not too late for God to turn the situation around in a way that gives Him the credit.

We as a Body of believers are required to humble ourselves before God and to pray to see our nation healed. We need to repent of our personal sins and for the wickedness of our nation. We need to intercede for God’s will to be done on the earth as it is done on Heaven. We need to trust God for His Kingdom to come.

The President is going through a maturing process. His opponents see him as a petulant child who is prone to tantrums. It may seem like that to those who hate his Twitter tirades, but God is transforming him into the Statesman he is called to be. There is much at stake. Corruption, fraud and dishonesty must be exposed. Injustice must be overturned, especially as the blood of the innocent cries out, the millions of lives that have been snuffed out as a convenient ‘choice’

2020 appears to have come to steal so much from us, with a virus that thwarts our personal freedom and liberty, stops movement, and silences all opposing voices. However there is a greater virus at work than coronavirus.

“For our struggle is not against flesh and blood, but against the rulers, against the authorities, against the powers of this dark world and against the spiritual forces of evil in the heavenly realms.” (Ephesians 6:12) We therefore need to put on the full armor of God, pray in the Spirit, and having done all, stand.

Also read: PRES. TRUMP, ELIJAH, AND THE SHOWDOWN WITH BAAL

Fri Nov 27 , 2020
Share on Facebook Tweet it Email What does the Bible say about gays? Does he hate them? These are questions that are often asked and it’s important to get an honest answer that doesn’t compromise the truth of God’s Word. “God loves you!” It’s what Christians often say to others, […] 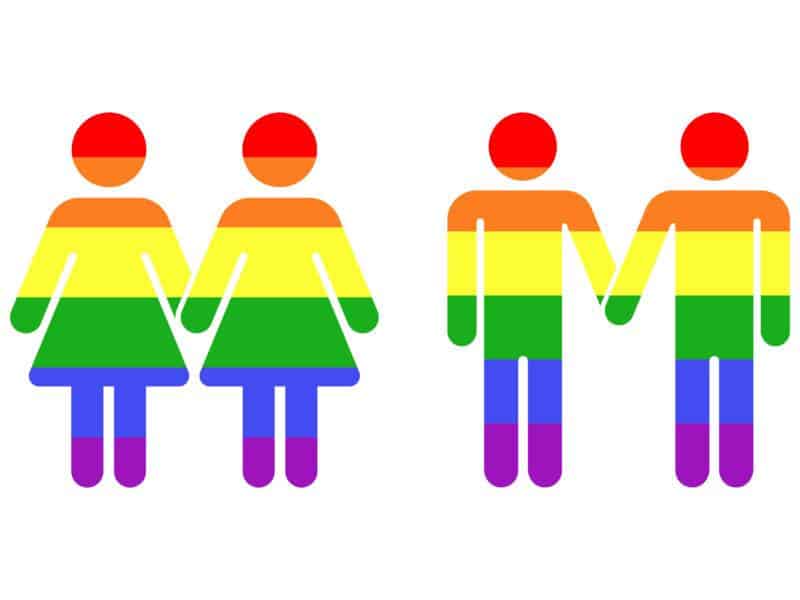