The Arizona Audit results have now been presented and the documented reports are available to the public at https://www.azsenaterepublicans.com/audit. Of course, opposing sides will see the results quite differently. Depending on whether you are a Republican or Democrat, truth seeker or conformist you will have your own pre-determined bias.

Even so, the Arizona Audit results should be examined and considered by people of all political leanings who care about election integrity. As the Arizona Senate Republicans have stressed time and time again, audits are a good thing and should be undertaken regularly to maintain public confidence in the electoral process.

If you watch the entire presentation of the Arizona Audit results there are many serious issues of concern. This is despite the wholesale dismissal of any election fraud by most media outlets include social platforms. How can we forget their many protestations against voter fraud, fact check warnings. Some of which can be seen in the screen grabs below.

It is simply not true to say that there is no evidence of voter fraud because there are many red flags which the Arizona Audit has revealed.

As can be expected, the mainstream media and large social media platforms have largely withheld coverage of the Arizona Audit results, except to say that “the Arizona Audit proves that Biden won, and won even more votes than previously reported.”

On the other hand supporters of President Trump believe there are some 40,000+ votes (see screengrabs below) that are suspect and could change the result of the Arizona election. In fact they are now calling for it to be decertified.

Watch the Arizona Audit results yourself and make up your own mind. Don’t rely on the commentary of others which ranges from downright dismissal from CNN who have called it “a sham report” to the Gateway Pundit which has a headline that reads: “President Donald Trump Responds to Arizona Audit Results: “I will be discussing the winning results – which show 44,000 illegal ballots “

As Christians, let’s pray that the truth comes to the fore. That’s all we are interested in. We want to see the fight for truth in America won. As you watch the Arizona Election Results consider the following irregularities that have been outlined by IT experts, Ben Cotton, Doug Logan and others.

As you watch the Arizona Audit results, you will see that election systems need to have the same level of security as financial systems and this was clearly not the case. In conclusion Senator Petersen stressed that voter integrity was always the goal of the Arizona Audit and now calls for the Attorney General to conduct an investigation.

“We need to understand why there were attempts to block and stop this audit, why the numbers don’t reconcile, to look into the issue of duplicate ballots, the chain of custody, cyber security and the failure to preserve files. The Arizona Attorney General is now being called upon to launch a formal investigation. To seek additional information and take appropriate action.

Wil Graham, following in the footsteps of the Father

Tue Sep 28 , 2021
Share on Facebook Tweet it Email Will Graham is the third generation of Grahams to proclaim the Gospel of Jesus Christ under the banner of the Billy Graham Evangelistic Association (BGEA). He is the grandson of Billy Graham and the oldest son of Franklin Graham. You could say he is […] 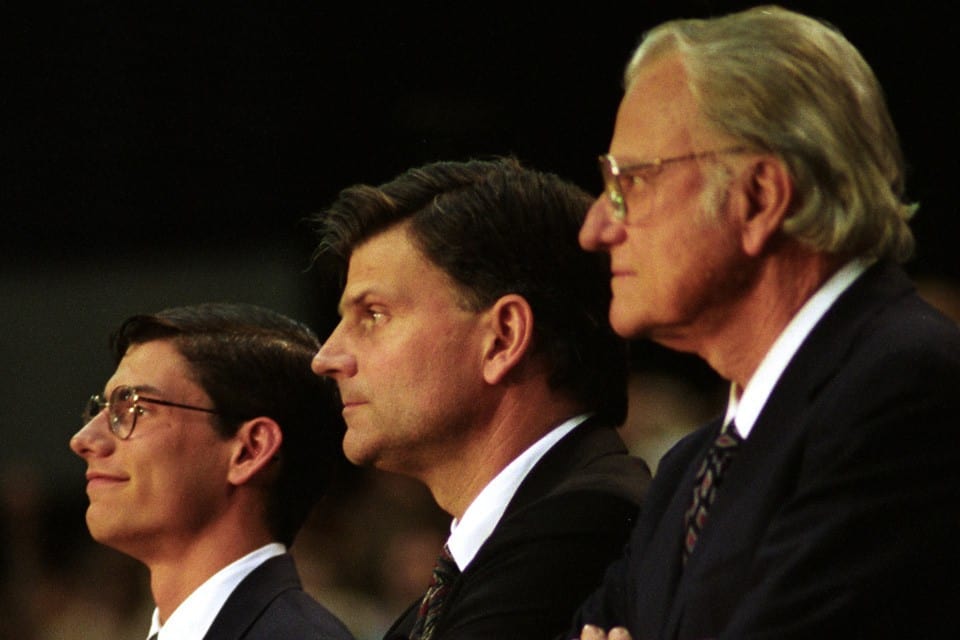