The former Vice President addressed attendees noting his goal was to listen and learn. “I couldn’t help but feel that as our nation reels from the tragic death of George Floyd, that a place to start a conversation is a place of worship. These have been the wellspring of our national unity and our steady march toward a more perfect union,” he said.

“It will not be enough for us just to heal our economy. We have to heal that which divides by breaking down the barriers to opportunity for African Americans and any American that’s been left behind, so I’m anxious to gain your insights,” he continued.

Bishop Jackson was actively engaged for many years through the Reconciled Church movement in leading conversations and working with faith leaders to heal racial divides. He equated the current climate following the death of George Floyd to the events surrounding the 1955 death of Emmett Till, which led to the start of the civil rights movement.

“The death of Emmett Till was almost prophetic and symbolic of a time and season that change had to come. Blacks and whites came together to address the civil rights movement, and we found momentum. I think we will similarly find momentum after the death of George Floyd” Bishop Jackson said.

Harry Jackson is also the author A Manifesto: Christian America’s Contract with Minorities. In this book, he notes that as a diverse nation, it is vital that every American feels loved and accepted. He states this is not solely the role of government but requires all three sectors of the nation – country, government, business and church – uniting together.

“Minorities need to hear that they are valued and that the lives of people really matter,” Bishop Jackson said. “It’s not just the death of George Floyd alone. His death is representative of the nearly 400-year history of challenges we’ve had … The administration didn’t create this problem, but it has the opportunity to help us heal.”

During the Listening Session, community leaders offered personal reflections of their own experiences as fathers, educators, business owners and citizens as well as insight into a way forward. The representative voices provided input regarding a number of issues, including:

Trump Administration is working for equality

Mike Pence assured those present the Trump Administration was working with a commitment for equality in the USA, while mourning with those who mourn and grieving with those who grieve. He also expressed support for the right to peaceful protest, explaining that is why forces were mobilized to make space for peaceful demonstrations so voices can be heard.

“My prayer is that we as a nation have ears to hear, to listen to one another, with open hearts,” the former VP said.

In addition to serving as Senior Pastor of Hope Christian Church in Beltsville, Maryland, Bishop Harry Jackson was one of the chief conveners of The Reconciled Church: Healing the Racial Divide Movement; an effort to heal the racial division first in the church and then the nation. He was also founder and chairman of the High Impact Leadership Coalition (HILC), which has become an agent of healing for the nation by educating and empowering churches and community leaders to make grassroots improvements in their communities, states and our nation.

Sadly Bishop Jackson passed away last year however his legacy lives on in his book and through Hope Christian Church. This is a multi-ethnic, intergenerational congregation of people from all walks of life. The church’s mission is to turn the hearts of youth and families to God and each other, help believers develop their God-given potential in order to win in every area of life and advance the Kingdom of God.

One thought on “The death of George Floyd must bring change”

Sat Aug 15 , 2020
Share on Facebook Tweet it Email According to MovieGuide Facebook and Twitter have removed a Donald Trump Video tribute to George Floyd. However, it is still available on YouTube and you can watch it below. “I understand the pain that people are feeling, the death of George Floyd was a […] 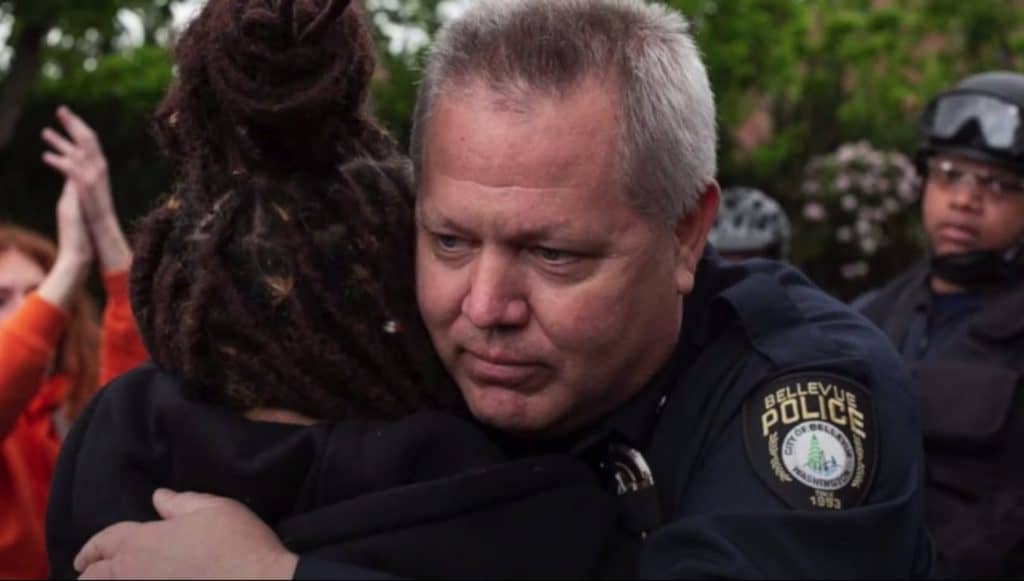