Christians and Jews gathered together in New York City to pray for peace on the 20th Anniversary of 9/11 at a special event, the ‘9/11 and the New Middle East Conference’. Hosted by Chosen People Ministries and Alliance for the Peace of Jerusalem the conference reflected on the historic day 20 years ago when terror came to America and the current realities two decades later. It also honored, remembered and explored the implications for Israel and the USA.

Chosen People Ministries, in partnership with Alliance for the Peace of Jerusalem, hosted 9/11 and the New Middle East, a two-day gathering on September 10 and 11 to honor the fallen and survivors on the 20th anniversary of 9/11 and help participants, both locally and around the globe, view current events taking place in Israel and the Middle East through a scriptural lens. You can watch the video of the conference below.

“The tragedy of 9/11 made the threat of terrorism real in the USA and created a new understanding for what had plagued Israel for decades. We hope that 9/11 and the New Middle East will spark discussion on how the Middle East has been and continues to be affected by the life-changing events on that day,” said Dr Glaser. “God is doing big things in this region with His people and I look forward to the opportunity for others to learn of the good news.”

The conference kicked off on Friday, Sept. 10 with a special remembrance ceremony called “Yizkor,” which in Hebrew means “to remember,” and a Sabbath Candle-Lighting by event participants, including 9/11 surviving family members. Piano music by Emmy-nominated Marty Goetz and a slideshow of those who lost their lives that day accompaned the opening. The conference continued on Saturday with worship and speakers and will incorporate moments of silence and prayer commemorating the exact times each plane struck the World Trade Center and the Pentagon, and when the fourth plane crashed in Pennsylvania.

“I will never forget the feeling of that day as our country came together. As one, we arose and stood together in the face of great terror and adversity,” said Glaser. “Twenty years later, we are uniting to reflect not only on what was lost but what was learned while taking a look at the new Middle East. We hope many individuals will join us for this historic time of prayer for God’s hands to move.”

Chosen People Ministries exists to glorify God, proclaim the Gospel to the Jew first and also to the Gentile, and develop resources and programs to accomplish this task. Founded in 1894 by Rabbi Leopold Cohn, they believe in the importance of the Big Apple on the global stage as it continues to hold the largest concentration of Jewish people of any metropolitan area in the world. Today, Chosen People Ministries continues to be headquartered in New York City and has centers in both Brooklyn and Manhattan as well as serving in nineteen countries across the globe. Established outreach programs include evangelism and discipleship, Messianic Centers and congregations, equipping the local church for Jewish evangelism, digital evangelism through the Isaiah 53 Campaigns and I Found Shalom videos, and benevolence work. For more information visit, https://www.chosenpeople.com/site/.

About the Alliance for the Peace of Jerusalem

The Alliance for the Peace of Jerusalem is an organization dedicated to facilitating a better public understanding of the complexities of the Middle East including its roots in history and the Bible. The group, which is comprised of key faith leaders, scholars, authors, and pastors, strives to educate the next generation about Israel’s role in the biblical narrative—past, present, and future—while also affirming God’s concern for Palestinians and all peoples of the Middle East. To learn more visit, https://allianceforthepeaceofjerusalem.com/.

Wed Sep 8 , 2021
Share on Facebook Tweet it Email God and Cancel culture is a major topic of discussion and debate for all Christians today and definitely something that can’t simply be ignored. “While the term ‘cancel culture’ applies to conservatives who oppose the politically correct crowd, it is part of a bigger […] 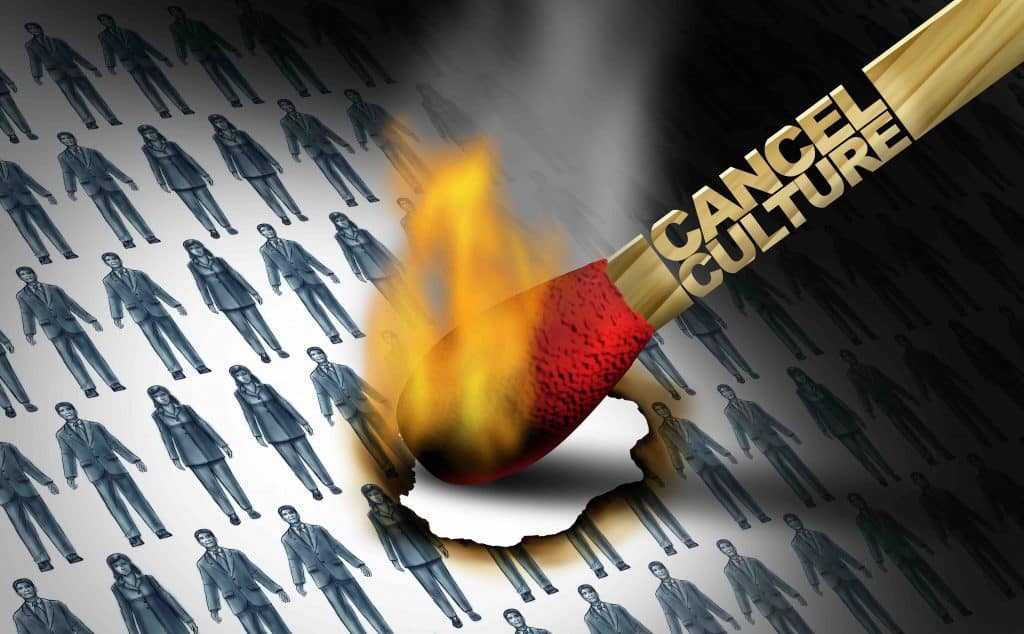