Produced by Citizens United, Rigged 2020 reveals how Zuckerberg provided $400 million of charitable contributions to government elections offices, with most of the funds being given to critically important jurisdictions for Joe Biden – to finance get-out-the-vote efforts aimed at defeating President Donald J. Trump.

You can purchase this astounding film at Rigged 2020 movie or watch the 40-minute documentary below. Fully titled Rigged 2020: The Zuckerberg-Funded Plot to Defeat Donald Trump, the film goes into painstaking detail of the plot orchestrated by liberal operatives who used the COVID-19 pandemic as an excuse for the private funding of government elections offices with the intent to drive voter turnout for Democrat candidate Joe Biden.

Relying on the 990 forms non-profit groups must file with the Internal Revenue Service, Rigged 2020 traces the river of cash flowing from the Chan Zuckerberg Initiative to a pair of 501(c)(3) non-profit organizations, the Center for Tech and Civic Life (CTCL) and the Center for Election Innovation and Research (CEIR). CTCL received $328 million in “Zuck Bucks,” while CEIR was given $69 million.

To put these figures in perspective, Zuckerberg spent nearly $400 million in 2020, while the Democratic National Committee spent a total of $461 million in the two years of the election cycle, 2019 and 2020.

“So, he’s putting money under the guise that he’s going to open up the election and all of that,” says President Trump in the film. “That’s all crap. Not gonna open it up. He’s closing it. He’s making it impossible for a Republican to win.”

“We’ll follow the money and uncover the startling facts behind Election 2020,” says Citizens United President David N. Bossie, who hosts and narrates Rigged 2020. “In order to answer the question once and for all: What happened? And to ensure it never happens again.”

The “Strategist in Residence” at the Chan Zuckerberg Institute is none other than David Plouffe, President Barack Obama’s former campaign manager. Joel Benenson, the chief strategist for Hillary Clinton’s 2016 campaign, has also been employed by the Chan Zuckerberg Institute as an advisor. For its part, CTCL was founded by Tiana Epps-Johnson and Donny Bridges, who also worked together at the New Organizing Institute, a group labeled by The Washington Post as the “Democratic Party’s Hogwarts for digital wizardry.”

“In my mind, they were clearly rigging the election,” former House Speaker Newt Gingrich says in the film. “I’m not convinced that the election was stolen on Election Day. I think the bigger story was that across the whole country for months, there was an effort to rig the election to make it virtually impossible for Trump to win.” “$400 million is the most money any individual has ever spent to win a presidential campaign in the history of our country,” Sen. Ted Cruz (TX) says in the film.

There were roughly 2,500 grants awarded by the CTCL across the country. They have claimed that more Trump jurisdictions received grants than did Biden jurisdictions. However, records indicate that this statistic is enormously, and perhaps purposely, misleading, because of the approximately 160 grants of $400,000 or more – totaling some $270 million – an incredible 92 percent of those funds went to jurisdictions carried by Joe Biden in 2020.

The grants given to government elections offices were described as facilitating the “safe administration of public elections during the COVID-19 pandemic.” But even a cursory examination of the eventual expenditures – by outlets like NPR – shows that a tiny fraction of the money was spent on Personal Protective Equipment (PPE).

Instead, the funds were used to increase mail-in voting and drop boxes, to hire and train poll workers, to expand voter registration efforts, and to encourage people to vote early and by mail. In short, with the huge majority of the money supporting jurisdictions won by Joe Biden, the effort amounted to an enormous get-out-the-vote campaign in key Democrat areas.

“On a locality-by-locality basis, government was not a neutral player,” says Ken Cuccinelli, National Chairman of the Election Transparency Initiative. “Under the banner of nonpartisan funding, it engaged in political activities, specifically get-out-the-vote activities in Democrat areas.”

“I don’t think we have to blame China or voting machines,” Cleta Mitchell, a Senior Legal Fellow of the Conservative Partnership Institute/Election Integrity Project, says in the film. “I think we can look straight in the eye of Mark Zuckerberg and all these left-wing groups that infiltrated the offices with half a billion dollars. And that’s why Joe Biden won.”

The Zuckerberg money was distributed in 48 states, including heavily populated Democrat areas like Los Angeles, California and New York, New York – in states which Biden was sure to win – and Dallas, Texas, in a state which Biden was sure to lose. This reveals that a secondary aim of the plan was to score a public relations victory by padding Biden’s popular vote tally, in the event that he lost narrowly in the Electoral College.

The film, however, focuses on three battleground states in particular – Wisconsin, Arizona, and Georgia – where Biden’s combined margin of victory was roughly 42,000 votes. Those three states were the difference in handing Biden an Electoral College win.

CTCL’s January 2022 tax filing shows grants of $860,000 to Kenosha, $1.2 million to both Green Bay and Madison, $1.7 million to Racine, and $3.4 million to Milwaukee. These five predominately Democratic cities received approximately $8.5 million of the $10.1 million that flowed into Wisconsin.

CTCL’s tax filings show how $5.1 million of Zuckerberg’s money was spent in Arizona. Four difference-making counties – Maricopa, Pima, Apache, and Coconino – received nearly 76 percent of the grants, and all were carried by Joe Biden. Improbably, Biden exceeded Clinton’s 2016 vote totals in the funded counties by an incredible 700,000 votes.

CTCL and CEIR sent a combined total of $50 million to Georgia. A whopping 94 percent of the CTCL funds in the state went to jurisdictions carried by Biden. Additionally, the consent decree signed off on by Georgia Secretary of State Brad Raffensperger undercut the process for matching signatures on absentee ballots and restricted the ability to challenge contested ballots.

An increasing number of states have enacted laws that will forbid the private funding of government elections offices in the future. Similar pieces of legislation have passed in other states but have been vetoed by Democratic governors. But the public is becoming more aware of how Zuckerberg’s money was spent in 2020.

“He should totally be held accountable,” Trump says in the film. “And he should never be allowed to do it again. And nobody else should. It was a rigged election. People have to find out what happened and they have to hold people accountable.”

Since 2004, Citizens United Productions has produced 26 other hard-hitting and insightful documentary films, including the award-winning Ronald Reagan: Rendezvous with Destiny and Nine Days That Changed The World, hosted by Newt and Callista Gingrich. Other notable titles include Perfect Valor with the late Fred Thompson; The Gift Of Life with Mike Huckabee; Border War; Generation Zero directed by Stephen K. Bannon; Torchbearer starring Phil Robertson; and Hillary The Movie, the catalyst for Citizens United’s landmark victory for free speech rights at the U.S. Supreme Court.

Also read: Rigged US Election – the truth is finally coming out

Rigged US Election – is the truth is finally coming out?

Sat Apr 9 , 2022
Share on Facebook Tweet it Email There was a time when any mention of the possibility of a rigged US Election was considered by some to be preposterous. Yet today, more and more people are starting to see how they may have been hoodwinked by the mainstream media; social media […] 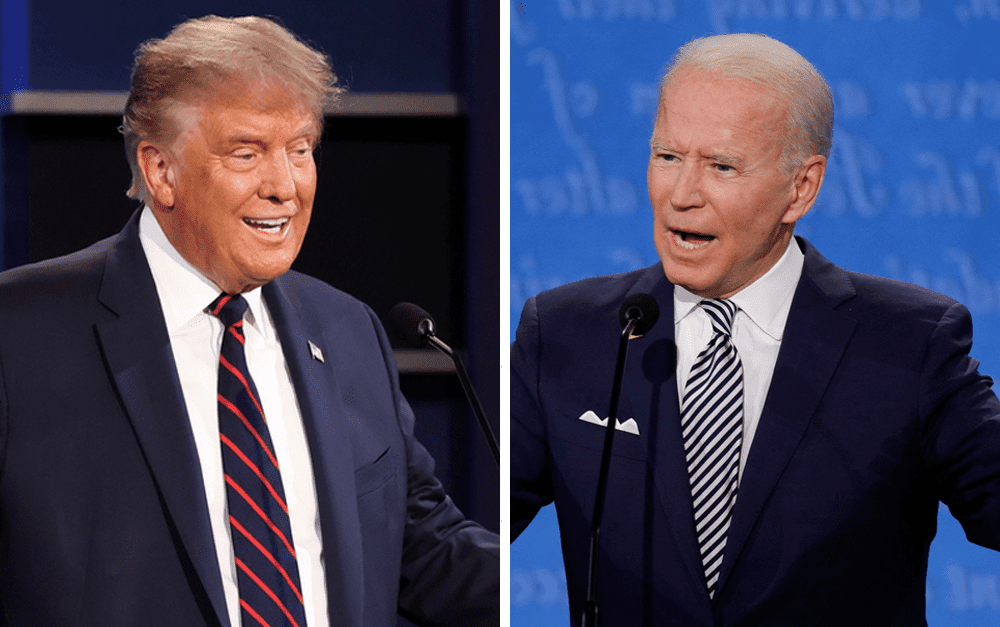