The 45th President of the United States, Donald Trump was acquitted by the US Senate today, February 13th, as expected. It was clear from the start of the second Trump impeachment trial that a two-thirds majority would not be reached to find the former president guilty. The 67 / 43 outcome means that for now he won’t be prevented from running for future office, although there may be other lawsuits against him.

Those who support Donald Trump will tell you that he has been vilified by his opposition from the day he announced he would run for office and he has spent the past five years in an intense battle for the truth against lies or what he describes as ‘fake news’. Meanwhile, many who abhor Donald Trump think that he should be stopped at any cost, that he is a sore loser who incited an insurrection and should never be allowed to run for President again. This was the key aim of the second Trump impeachment.

The acquittal brings closure to Trump’s term as President, but his reputation is damaged and should he be permitted to run in 2024 he will have to work very hard to be successful. From a Christian perspective, there are those who believe Trump is called by God while others think God abandoned him because people started to idolize him, rather than putting their trust in the Lord. What if both of these points of view have merit?

There is no doubt that the majority of the 75 million people who voted for Trump believe that there was voter fraud. However, despite all the supposed evidence, none of it stuck. Perhaps this will still come to light and help the former president restore his credibility. This does seem unlikely though given the various ways some voices have been silenced and courts have refused to hear evidence. In any case, even if voter faud is proven, it’s too late.

More importantly now, in our opinion, Donald Trump needs “an extreme makeover.” He came to power based on the support of millions of Christians who overlooked his moral failings because of his Pro-Life, Pro-Israel and anti-globalist stance. They were rewarded with many changes that supported Judeo-Christian values, (see Trump Administration Accomplishments) however, they still had to make allowances for the former president’s over-inflated ego, arrogance, childish tantrums, Twitter tirades or pride, depending on how you choose to describe it.

In all honesty, Donald Trump did not come across as the Servant Leader modeled by our Lord Jesus Christ. He also failed to win over more of his opponents and be a President for all people. Often he brought division where he could have sought unity. Sometimes his words were boastful when He could have been gracious.

None of us are perfect, we all fail in some way, however, by God’s grace, we can change and so can President Trump as he allows God to shape his life. We know that God opposes the proud but He gives grace to the humble. That pride comes before a fall. We also know that if we as individuals humble ourselves before God He will raise us up. And if we as a corporate body humble ourselves and pray God will heal our land.

This means doing things God’s way, walking humbly and showing mercy. As believers we are called to love our enemies, to forgive those who wrong us and to be peacemakers. Though it will be extremely difficult, we believe that in order to succeed in future, President Trump is going to have to seek reconciliation with his opponents. This means walking in forgiveness and trusting God to heal broken relationships. This is not something all readers will agree with however this is the way of the Cross. This is the Christlike example.

Let’s face it. President Trump has experienced a huge fall and it’s going to take radical action to work his way back up to the popularity he once enjoyed. Right now, it may even seem that God has abandoned him however we don’t believe that to be true in the long term. Kim Clement prophesied that he would serve two terms, he didn’t say they would be consecutive. He also said the President wouldn’t be a praying man when he entered the White House, but would become one.

We hesitate to even mention this prophecy as many prophetic voices got the 2020 election result wrong. We know that we prophesy in part and we know in part and we personally don’t think it’s wise for any prophet to make political forecasts. We do believe however that God can change lives and give people second chances. In our opinion, Donald Trump needs to encounter God in the valley before he can return to the mountain top. If he were to re-emerge with a testimony of how God has transformed His life, that could turn things around for him and be life-changing for his followers.

He also has to hold his marriage and moral conduct together. The embattled years of the Trump White House could not have been easy on him and Melania and their relationship. We know the enemy is out to destroy marriages, one can imagine the relentless onslaught the former President and First Lady have been subjected to. However we know that if we want prevail in God’s calling we must do things God’s way.

Following this second Trump impeachment acquittal, the former president issued a statement reaffirming his commitment to lead the Make America Great Again Movement. Hopefully this time around, it will be with a new-found humility and a commitment to be President for all people.

His supporters can see Donald Trump bouncing back. It’s no secret that the title of one of his best selling books is Trump: The Art of the Comeback. They fully expect him to remedy his loss of a social media voice in a sizable way and for him to continue hosting mass rallies across the nation. He has promised them he is just getting started. Who knows he may well be back in the White House in 2025. Whatever happens, we hope we will never see another Trump impeachment.

Ravi Zacharias scandal is a wake-up call for all Christians

Tue Feb 16 , 2021
Share on Facebook Tweet it Email Believers throughout the world have been devastated by the Ravi Zacharias scandal which has exposed the once dearly loved Christian apologist as ‘a sexual predator’. Zacharias, who passed away last year was honored with a high-profile funeral with guests including former VP, Mike Pence […] 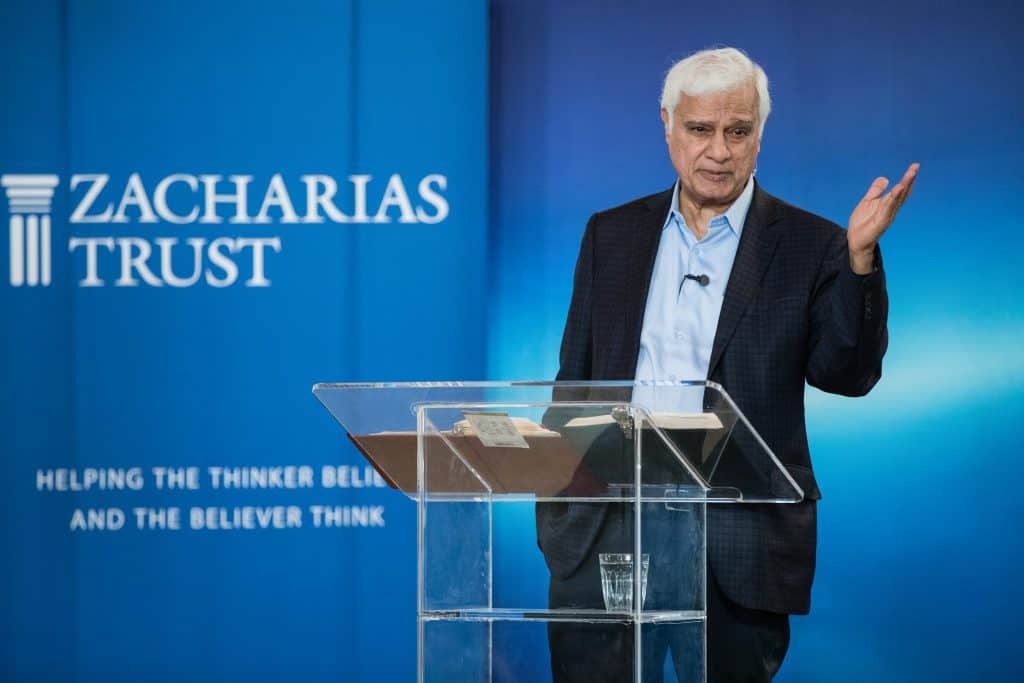