We have heard cries for many statues to fall, now comes a campaign to demand the removal of the bust of the founder of Planned Parenthood. This time it’s not a call from leftist radicals but from Pro-Lifers who believe in human rights and equality for all.

Stanton Public Policy Center has launched a campaign to have the bust of Margaret Sanger, removed from the National Portrait Gallery in Washington, DC. This is due to the fact that the Planned Parenthood founder was a well known racist and eugenicist.

Stanton Public Policy Center is a Woman’s advocacy group that works on issues of human rights and justice that empower and inspire women. It is affiliated with Stanton Healthcare which has life-affirming women’s health clinics internationally. Stanton Public Policy Center believes “Every woman deserves access to quality care and compassionate alternatives to abortion.”

Campaign against the founder of Planned Parenthood

This national campaign will include public protests, educational initiatives, petition drives, networking with African-American organizations and members of Congress. As part of the campaign, Congressman Russ Fulcher, has sent a letter to the Smithsonian Institution. In this letter, he asks for the bust of the founder of Planned Parenthood to be removed from the National Portrait Gallery.

Part of the Congressman’s letter reads as follows: “In recent weeks, our nation has confronted the issue of racial injustice with the killing of George Floyd. Seeing a police officer kneeling on Mr Floyd’s neck for almost nine minutes while he screamed, ‘ can’t breathe,’ sent shock waves through America, re-igniting a national conversation on race and inequity in our society.

“That is why it is so troubling the National Portrait Gallery features a bust of Margaret Sanger, Founder of Planned Parenthood. As our nation struggles to address racial injustice, it is unconscionable that an avowed racist and eugenicist is featured so prominently. Ms Sanger’s writings and teachings stand in sharp contrast to America’s founding principles which embrace equality, justice and human rights for all.”

Brandi Swindell of the Stanton Public Policy Center, says: “The horrific killing of George Floyd draws attention to the great divide America still has concerning racial injustice. During these challenging times, it is critical the National Portrait Gallery provide us with examples of heroes who offer hope and courage which inspire each of us to work for a nation where all are treated with dignity and equality. Sadly, the racist views of the founder of Planned Parenthood and her actions stand in stark contrast to these lofty ideals.”

As our nation struggles to address racial injustice, it is unconscionable that an avowed racist and eugenicist is featured so prominently.

One thought on “Statue of the founder of Planned Parenthood, Margaret Sanger ‘must fall’”

God, Trump and Covid-19 – Stephen Strang weighs in on the 2020 Election

Sun Aug 23 , 2020
Share on Facebook Tweet it Email The CEO of Charisma Media, Stephen Strang has been described by Time Magazine as one of the “25 most influential Evangelicals in America”. He has interviewed four US presidents and is often featured on mass media networks. So what does he have to say […] 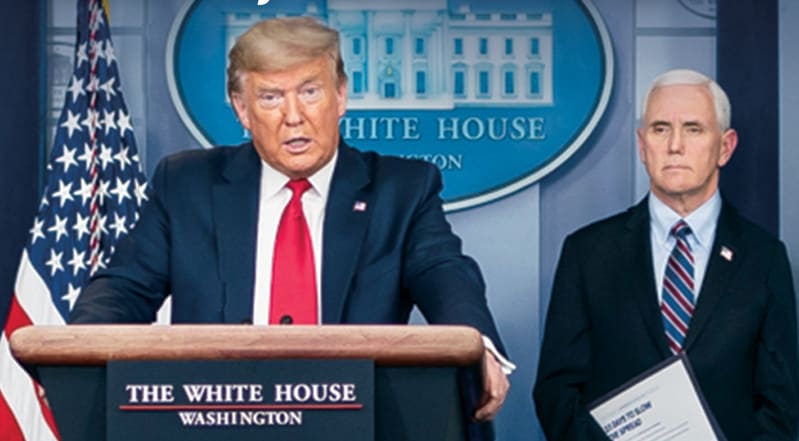