Lance Wallnau is one of many Christian leaders who prophesied that Donald Trump would become President in 2016. Back then, he referred to him as ‘God’s chaos candidate’ and ‘a wrecking ball to political correctness’. Now Lance and other Christian leaders are believing for “a historic, world-changing election result.”

They gathered on the National Mall in Washington DC on October 31st, which is said to be the evilest day of the year, but it is also Reformation Day, to pray for reformation in America. Hosted by Lance Wallnau, As One America started with a stirring evangelistic message from Mario Murillo where many people were saved and healed. This was followed by a day of prayer and prophetic declarations on Sunday November 1st, just before Election Day with a powerful message from Robert Henderson on petitioning the Courts of Heaven.

Robert Henderson shared the importance of reminding God of the covenant the forefathers of the nation made with Him. “A judge can only render judgment on the evidence brought before Him. God knows what we need but we have to present our case, just as Moses reasoned with God. The Courts of Heaven are not where you come to present needs but to present the prophetic purposes of God. That is what we are doing today for this nation. This will result in angels being dispatched to bring about the reformation we need.”

It seems Election 2020 has mobilized the Church like never before to prayer with many special events on the National Mall including Prayer March 2020 with Franklin Graham; The Return with Jonathan Cahn; and culminating in As One America. Wearing a cap emblazoned with the words, ‘Real America’s Voice’ Lance Wallnau shared how a new season is coming to America when Christians will no longer be afraid to speak on political matters and will have the boldness to speak openly about their choice of political candidate. “The President needs a warring Church and we are going to see this come about,” he said.

Lance, who is well known for his teaching on the Seven Mountains of Influence spoke about a new generation of influencers who will carry an anointing for amplification of God’s plans and purposes. Part of this confidence will stem from the exposure of evil plots of the enemy, as masks are stripped away and justice is served, he said. “I am sick and tired of the manipulation of the mass media. This has to stop.”

As One America brought believers together from diverse backgrounds and cultures, with a strong call for unity. This included a group of Amish and Mennonite believers who shared their passion to see America return to her Christian roots, especially in this 400th anniversary year of the Mayflower Compact, which was written by the Pilgrim Fathers and which led to the US Constitution.

During this time of ‘worshipping, praying and pressing in’ at As One America there were many prophetic declarations including visions of God unseating demonic principalities over the nation and a vivid picture of a spirit of Jezebel being dethroned in the House of Representatives and her lust for power overthrown.

Prophet Jeremiah Johnson shared his dream of seeing believers rise up to overthrow the ancient evils of racism, radical feminism and the principality of Molech that controls abortion. “I see a coming righteous women’s movement who will overthrow the radical feminist agenda,” he said. “Abortion is a woman’s issue and I can see a million women, Deborahs and Esthers marching in Washington DC to overturn Roe v Wade.”

Get the latest book from Lance Wallnau

“God’s Chaos Code” is the next instalment in Lance Wallnau’s Chaos Series. The first book predicted Donald Trump would be in office during a time of economic crisis and cultural civil war. Now, as a pandemic continues to wreak havoc and angry mobs attack cities, Lance explains why this is happening and what is coming next. Get your copy of God’s Chaos Code: The Shocking Blueprint that Reveals 5 Keys to the Destiny of Nations.

Mon Nov 2 , 2020
Share on Facebook Tweet it Email What does it mean to vote for life? Yes, it can mean having the right to a lifetime of voting, but more importantly, it is making your vote count in a way that is life-giving and creative. It seems the USA is more divided […] 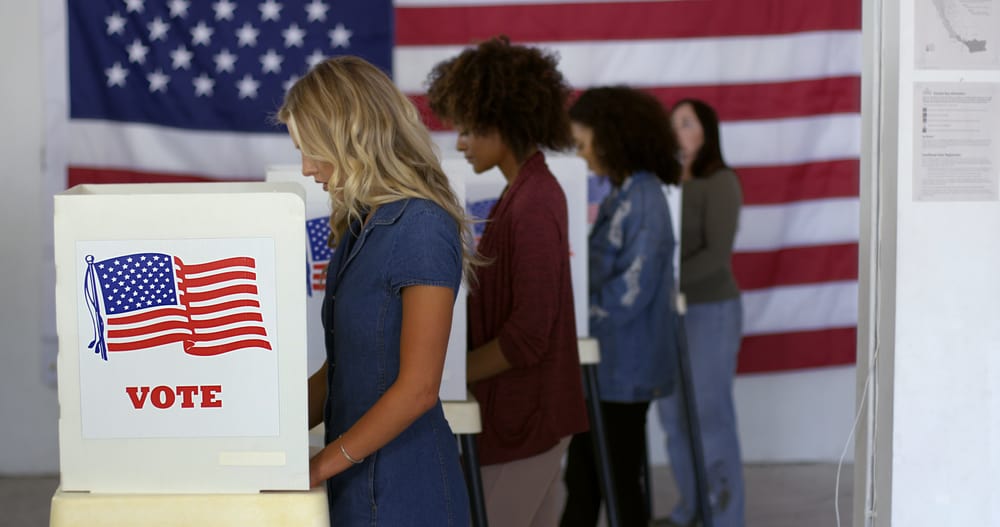