The world watched in shock as the US Capitol was breached today January 6th and tragically a woman was shot in the chest and killed. Plus law enforcement officers were injured. Supporters of President Trump are being blamed for this violent protest which some media platforms have called ‘an insurrection’. It’s shocking to see the photos of Senators and House Reps taking refuge underneath chairs, barricading doors to protect themselves. So what do we make of all this?

It seems that the multitude of Donald Trump supporters who gathered in Washington DC to protest against voter fraud were very angry that their voices have not yet been heard, that US courts have refused to hear any evidence of voting irregularities and this was their final stand after hearing the President’s speech. Their vast numbers seemed to quickly overwhelm law enforcement officers and things soon got out of hand.

Though Trump supporters are usually peaceful, today’s ‘Save America’ rally has received international condemnation. The facts are still to emerge about what actually happened, however there are claims that Antifa thugs posed as ‘Maga’ thugs and were responsible for the damage to property and loss of life. Let’s pray that the truth will out.

Do not be fooled. Trump supporters are peaceful. It was antifa that created the violence in our cities over the past several months.

US Capital breached – Violence must be condemned

It’s terrible that people seem to have lost faith in the political process and felt they had to storm the US Capitol building. All forms of violence must be condemned outright. It is understandable that people would storm the building, believing that the election was stolen from them, including the Georgia run offs. However, entering the building and attacking the police was way out of line. The fact that someone was killed and others were injured is completely abhorrent and the perpetrators must be brought to justice.

Many Americans do not beleive there has been any fraud as they have never had the opportunity to hear any of the evidence. President Trump spoke at length outlining the evidence today but his address was not carried in full on most mainstream networks. Much of this evidence was about to be addressed in the electoral count debates in the House and Senate when the whole process was interrupted. Now many people won’t get to hear the arguments.

39% of Americans believe Election was rigged

Before the breach of the US Capitol took place, the House and Senate were debating the State of Arizona’s electoral count due to ‘votes not being regularly given’. The consensus seemed to be that Congress should not overturn an election as this would damage US democracy, downplaying the role of voters and the electoral college.

Senator Ted Cruz however said he was not trying to overturn an election result, simply asking for an electoral commisison to be appointed to investigate the evidence. He stressed that those who believe there is no fraud have nothing to fear if five senators, five house members and five supreme court judges simply looked at the evidence.

He cited that 39% of Americans believe that the election was rigged. Including 31% of independents and even 17% of Democrats. He said the Government has a responsibility to set the record straight. He concluded that only a fair tribunal can restore voter confidence.

Whatever damage the breaching of the US Capitol has done today, that doesn’t change these percentages. It doesn’t change the statistics the President gave which showed that there is more than sufficient evidence of irregularities that could change the outcome of the election.

We continue to pray for the USA for the protection of all people against violence. We thank God that the rally finally concluded peacefully without further loss of life. We pray that there will be no further violence or fatalities and we pray for the truth to come out and righteousness and peace to prevail.

One thought on “US Capitol breached, a woman killed and DC in Curfew. What do we make of this?”

The Storming of the US Capitol and Trump's legacy

Sun Jan 10 , 2021
Share on Facebook Tweet it Email President Trump’s legacy is said to be lying in tatters following what has become known as the storming of the US Capitol. A sad day for America that has been compared to the Storming of the Bastille in the French Revolution. We all saw […] 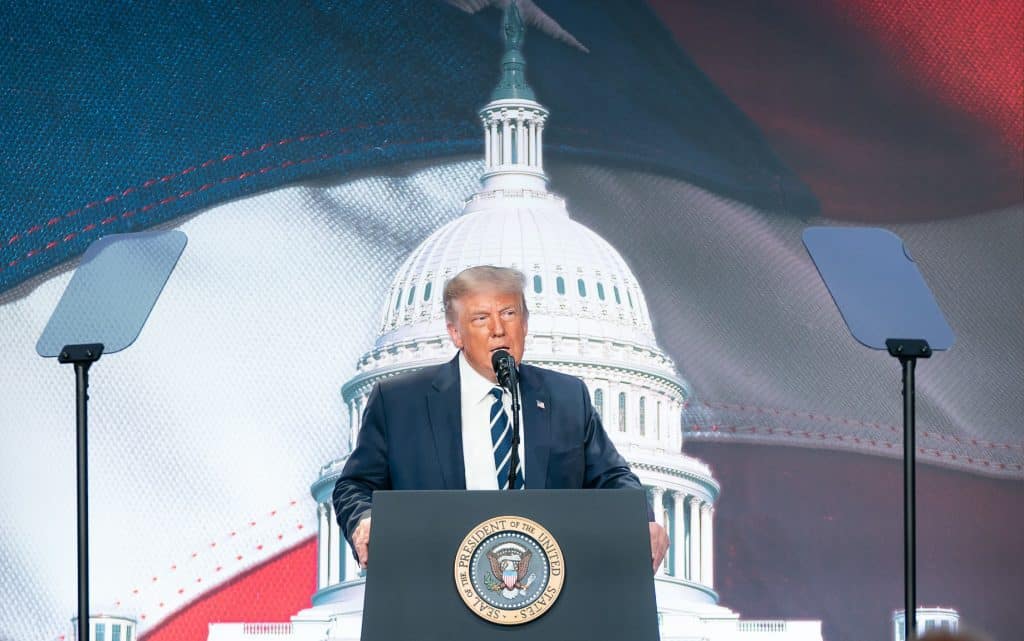