President Trump’s legacy is said to be lying in tatters following what has become known as the storming of the US Capitol. A sad day for America that has been compared to the Storming of the Bastille in the French Revolution. We all saw the destructive actions of an angry mob, however were these really Trump supporters?

More and more evidence is coming to light that they were not, and that the whole breach of the building was a planned, theatrical drama geared towards discrediting the President completely. It seems the lack of a police presence was planned, that police ushered the crowd through the barriers towards the building and the violence was the work of far left and far right agitators. In stark contrast the vast majority of protesters were peaceful, even singing songs.

We mourn the loss of life and condemn the violence outright. However we do not believe that the hateful vitriol being spewed out at the President is justified. He clearly did not incite his supporters to violence in what CNN has called an ‘insurrection’. While he still could, Donald Trump tweeted a number of times reminding them that He stands for law and order. Despite this, he is being blamed, with new impeachment proceedings being filed against him.

Furthermore, he has been deplatformed by his social media accounts who accuse him of using Facebook and Twiiter to incite violence. Each of these platforms deleted his posts followed by Twitter’s removal of @realdonaldtrump completely. This is a level of censorship we have not seen before. It is shocking and must be condemed as many have done including Nicky Haley, former US Ambasssador to the United Nations. “It’ an instance of ‘silencing’ of the kind that happens in communist China”, she said.

Twitter’s Trump ban has led to a avalanche of people leaving . Twitter users were already leaving the platorm, the term #twexit is not new. Many were fed up with having their tweets fact-checked or their accounts limited and this is why thousands have moving to new social media platforms.

Banning the President of the United States has been the last straw for many users and the platform could lose many, many more accounts. It seems inconceviable that the person who holds nuclear codes is no longer trusted to operate a Twitter acount.

Although social media is abuzz with the hashtag #TrumpBanned this is the least of the President’s worries. His whole legacy is at stake. VP Mike Pence has faced pressure to oust him from office and Nancy Pelosi has threatened a second impeachment. Furthermore the President has had to deal with mulitiple resignations and there have been many allegations concerning his mental health.

However, many Christians are still praying for the Trump family and have not given up hope that God will expose the fraud that is said to have taken place. The President has said he will now work to ensure a smooth transition but will not attend the inauguration. He will be the first President not to do so in living memory.

However as we heard in the President’s speech at the Save America Rally, before the US capitol chaos errupted, you never give in to theft. There will always be those who see Trump as a sore loser and those who have an inexplicable hatred of him and everything he stands for. The 75 million people who voted for him will always see things differently.

They will remember how he stood up for religious liberty, the sanctity of life, the legitimacy of the State of Israel etc. And, really, it’s too soon to start talking about Trump’s legacy as the President has promised that “this is just the beginning.” In coming years we see Trump’s legacy as a never ending battle to exposure corruption, and an ongoing fight to secure the freedom of the American people from all forms of oppression including freedom of speech.

Move aside Twitter, it seems the President has plans to put his weight behind a new platform. With close on 90 million followers on Twitter and one of the most active tweeters, perhaps the day will come when Jack Dorsey begs him to come back!

Also read: US Capitol breached, a woman killed and DC in Curfew. What do we make of this?

Sun Jan 17 , 2021
Share on Facebook Tweet it Email From the day he announced he would stand for public office there have been those who have stood for the end of Trump and his ‘America First’ policies. However there have also been millions of Americans who have passionately supported him and will continue […] 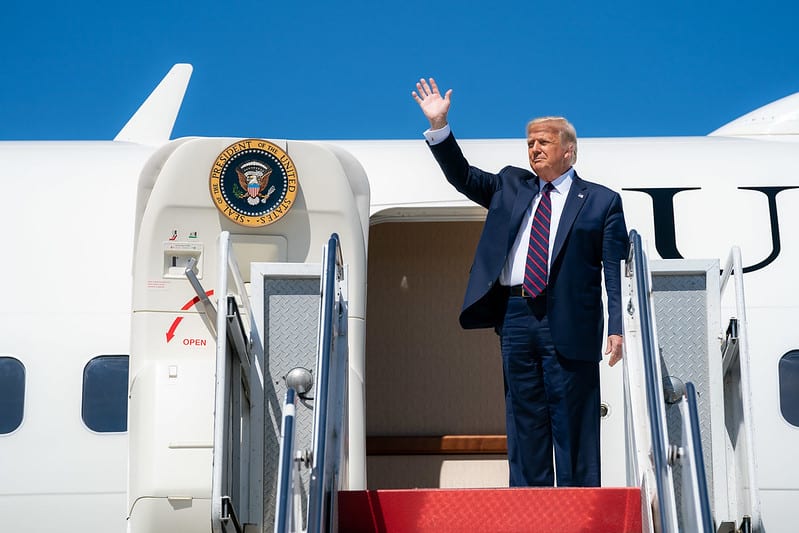