Kamala Harris is to be congratulated for being nominated as the Democratic Party VP candidate for 2020. She is the first African American and Asian American running mate for a major party and the third female candidate for Vice President. However, she has taken a very public stand against traditional marriage and the Pro-Life Movement which will alienate her from many people of faith.

Looking at her impressive political career, Kamala Harris appears to be a huge asset to Joe Biden’s campaign for the White House. She is a Harvard graduate, was a district attorney for San Francisco, attorney general for California and is currently a senator for the state. She is said to be a Baptist, but her policies put her at odds with Bible-believing Christians.

The president of the Southern Baptist Theological Seminary, Albert Mohler says that Kamala Harris “has consistently chosen the sexual revolution over religious liberty.”

The Washington Blade has described her as the “LGBT favorite for 2020”. This is not surprising, since as attorney general of California she refused to uphold Prop 8, despite the fact that it had passed with a 52.24% majority. Also known as the California Marriage Protection Act it stipulated that “Only marriage between a man and a woman is valid or recognized in California.”

‘Gay marriage’ continues to be an issue in many countries. While some politicians argue that it is simply about upholding equality and giving all people the right to marry who they wish, Christians are challenged as to whether they will obey the textbook of their faith or not?” See: Not my Gay Way, But Your Will be Done!

The pictures show Kamala Harris wearing a rainbow sequined jacket, as a special guest speaker at the 49th annual Gay Pride Parade in San Francisco on June 30, 2019. “I’m celebrating equality and diversity and the fact that we still have a fight ahead,” she said. “We’re all committed to fighting equal rights and civil rights and no one should be made to fight alone.”

National Right to Life has described her as “the poster child for the extreme pro-abortion position of the Democratic Party” and Lila Rose of Live Action points to the fact that she prosecuted pro-life investigators for revealing Planned Parenthood’s role in selling baby parts. Operation Rescue has criticised her for being ‘Planned Parenthood’s pick’.

“Joe Biden’s pick of Kamala Harris as his Vice Presidential running mate was a predictable selection for this radical pro-abortion Democrat ticket,” says Troy Newman who heads up Operation Rescue. “She literally owes Planned Parenthood in large part for launching and supporting her political career.”

“The choice this November is literally one of life or death. If you want to see more innocent babies die horrific deaths from abortion, and Planned Parenthood benefit from corruption, then the Biden/Harris ticket is for you,” Troy Newman concludes. “If you don’t want to see this, then join me in supporting the re-election of Donald Trump and Mike Pence, who have led the most Pro-Life administration in US history.”

How the nomination of Kamala Harris will affect the 2020 election remains to be seen. However, it appears that for people of faith the election is now becoming a fight for life over death.

Also read: Statue of the founder of Planned Parenthood, Margaret Sanger ‘must fall’

One thought on “Kamala Harris is a favorite of LGBT and Pro-Choice voters. How will this affect the 2020 election?”

Lance Wallnau and other Christian leaders pray for a 'Historic, world-changing election result, at 'As One America' event

Sun Nov 1 , 2020
Share on Facebook Tweet it Email Lance Wallnau is one of many Christian leaders who prophesied that Donald Trump would become President in 2016. Back then, he referred to him as ‘God’s chaos candidate’ and ‘a wrecking ball to political correctness’. Now Lance and other Christian leaders are believing for […] 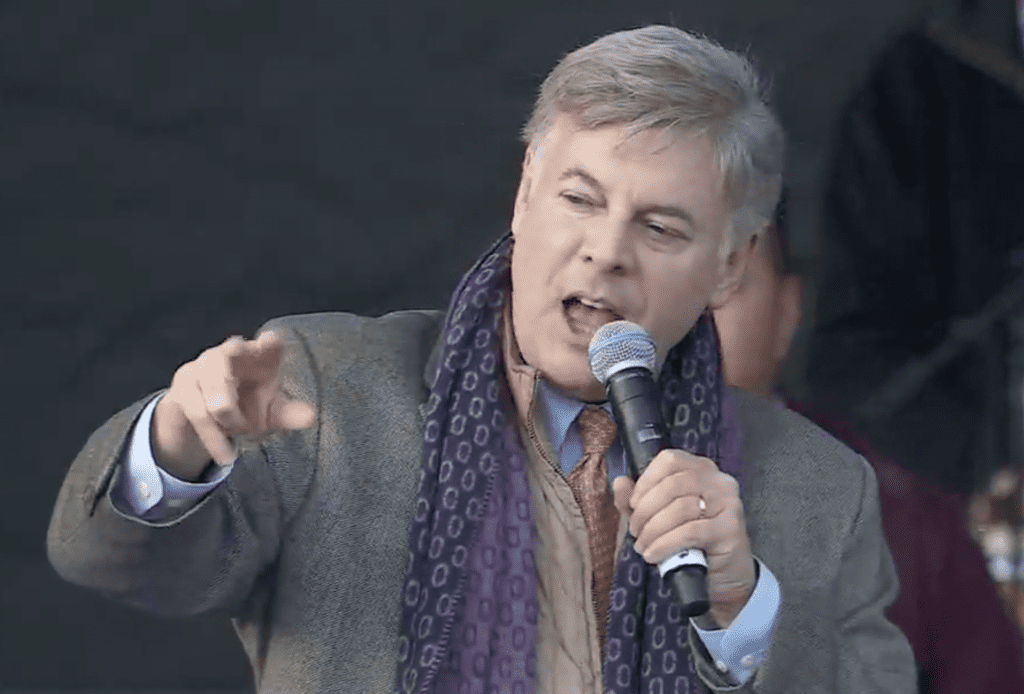