People around the world have an important question on their minds right now, and it’s “What is going on in America?” With the final election results hanging in the balance as recounts take place in key states, it seems this stalemate situation could last weeks. Everyone can see how divided the nation is and there is a very real threat of violence erupting. So what is going on and where is God in the situation?

It depends who you ask. The mass media have displayed an obvious bias against Donald Trump, putting forward erroneous poll results and are becoming increasingly hostile, accusing him of standing in the way of the democratic process. Their bias is blatantly clear to the point that insults are flying. For example, the President of the United States of America has been described as ‘an obese turtle’ by a CNN anchorman. Surely this is not objective journalism and it discredits the votes of millions of Americas who support the President and what he stands for.

The answer to the question, ‘What is going on in America?’, hinges around whether you consider voter fraud to be possible in the world’s leading democracy or not? It seems unthinkable and yet if you consider the way Donald Trump has been treated over the past four years, that seems to set a precedent. There are those who have tried to discredit him with false accusations about collusion with foreign powers, the Democratic party tried to impeach him and it seems his opponents will do anything to stop him.

All this is taking place in the context of pandemic and violence, that some say is all part of an insidious plan to oust the President by any means possible. Could the coronavirus be a Communist plan to disable the world and affect the US election? Could far-left individuals and groups be funding violent mobs to take to the street or pay for people’s votes? These are questions that need to be answered. If so, what would their motive be? In simple terms, it seems it is part of an ongoing clash between the globalists who want to bring about a new world order and those who stand for traditional values.

The election has also taken place in the context of allegations of corruption of Former Vice President Biden and his family. Allegations that he is closely aligned with the Chinese Communist party due to his business dealings still need to be investigated. If the media could be so quick to cover this up, it stands to reason that they would also be quick to cover up any election irregularities.

The US mass media are saying that we are seeing “the lights going out on the Trump presidency,” that Donald Trump is standing in the way of democracy. The President however accuses the media of election interference by publishing inaccurate polls. It is interesting that Trump’s press statement of November 5th has been used to vilify him further with no acknowledgment of what the Republican party achieved in the election under Donald Trump’s leadership.

Not only have they maintained their support base, but they have significantly added to it and all in the face of ridicule by Hollywood and rejection by the media. Republican senators have not lost their seats due to the President as some media predicted and he has a new following amongst black and Latino voters.

Christian commentators like Lance Wallnau, support the President’s claims that there are those at work trying to steal the election and Christian voters should rise up in prayer and intercession to protect their democratic right in the face of what could be an attempted ‘coup’. In fact he goes so far as to accuse the mass media of being ‘the Prophets of Baal’.

In his book God’s Chaos Code, Lance predicts the election chaos, identifying the states of Michigan, Wisconsin and Pennsylvania as areas of contention. Watch his video clip below which raises such issues as a hidden Communist agenda at work and voter fraud. He also examines how Christians should react using the Biblical example of Moses and Pharaoh as an example of what could be going on. He challenges the 32 million Christians in America to boldly rise up and make a stand for the truth. We all want to see an honest election result. He asks believers not to look at the giants in the Promised Land but to be like Joshua and Caleb and trust in what God has promised.

So where is God in this situation?

There are those who say Christians shouldn’t be involved in politics, however leaders like Lance Wallnau believe we should be at the forefront of ‘the Seven Mountains of Influence’ including politics. Lance believes that God has raised up Donald Trump in this hour to stand against the globalist agenda and whatever the final result of the election is, it will wake up the Church as a sleeping giant to stand for righteousness.

He believes that no matter what happens to President Trump, the rallies will continue, bringing a political awakening to the USA, while calling people to return to Jesus. He believes America has to address corruption and injustice before there can be revival.

God has not gone silent. He is watching and He hears the groans of His intercessors. He hears the cries of the innocent whose blood has been spilled. It may seem that the forces of darkness are getting their way but ultimately truth will prevail.

Also read: Lance Wallnau and other Christian leaders pray for a ‘Historic, world-changing election result, at ‘As One America’ event

2 thoughts on “US Election – What is going on in America?”

Sat Nov 7 , 2020
Share on Facebook Tweet it Email Many prophetic words have been given concerning the President of the United States including the Kim Clement Trump Prophecies. These foretell the rise of a fearless man who God would use to combat godlessness and socialism in America. A president who would serve two […] 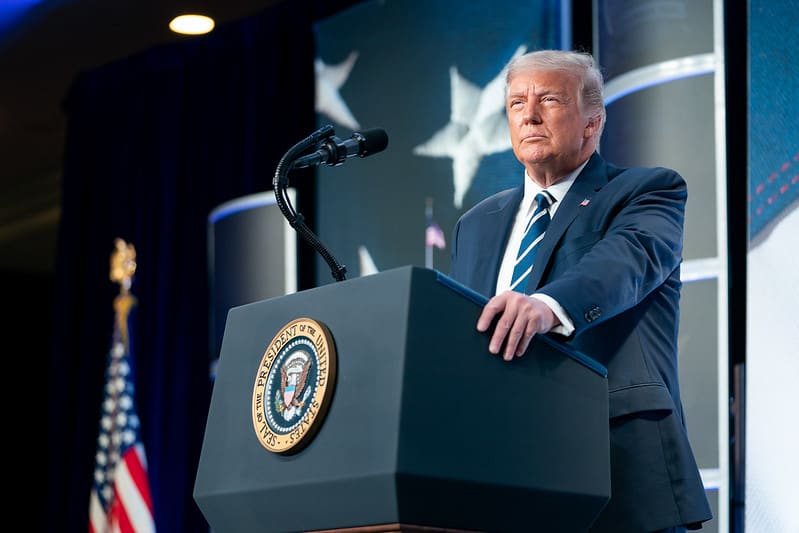