Kingdoms in Konflict: A Matter of Faith, Race, and Public Policy is a socio-political TV series on the NRB and TLN networks. Now in it’s second season, the series could not be more timely as it tackles the issue of the “unborn” from a Biblically conservative worldview

A hard-hitting Kingdoms in Konflict episode, titled “The Legal Protection for the Most Innocent” comes as the Texas Senate Bill 8 actively bans abortions to protect a baby’s life six weeks into a pregnancy. Similarly, Alabama legislators have also passed a law declaring that a fetus is a person. And, the US Supreme Court is about to hear key abortion and right to life cases.

Kingdoms in Konflict is a production of Freedom’s Journal Institute and is hosted by Dr Eric Wallace, an eminent scholar and Illinois Republican candidate for the US Senate.

Roe v Wade: could it be overturned?

During the Kingdoms in Konflict interview, Dr King discusses the anticipated overturn of the Supreme Court case Roe v Wade, likening it to the Emancipation Proclamation that freed slaves in 1863 “but it took until 1865 in Texas for slaves to realize they were free.”

“Sometimes there is a delayed cure,” she says. “When the people of Alabama say they [fetuses] are people, they are telling the truth. It’s time for people to wake up and allow little babies in the womb to be set free.”

Dr Alveda King has championed the rights of the unborn since 1983, the same year she became a Christian. However she has also shared that she has had two secret abortions and a miscarriage. Dr King remembers how her grandfather in the 1950s once challenged her saying “that’s not a lump of flesh that’s my granddaughter.”

“Communities and churches can no longer shame mothers into choosing abortion and must get involved,” she says.  “We are not going to throw the mama out or kick the daddy out. We’re not going to make the baby the victim, but we’re going to love with agape love,” she added, “and people who are used to making money by killing babies need to find another way to make money.”

Closing each Kingdoms in Konflict episode with a final thought, Dr Wallace concludes with the seven things God hates from Proverbs 6:16-19 – highlighting God’s dim view of “hands that shed innocent blood.”  “It’s time to stop the shedding of innocent blood in the abortion clinics,” he says. “God help us turn back the tide of death, and restore legal protection for the unborn.”

About the “Kingdoms in Konflict” series

Now in its second season, “Kingdoms in Konflict: A Matter of Faith, Race, and Public Policy,” is a TV production from Freedom’s Journal Institute hosted by Dr Eric Wallace and exists to address socio-political issues from a biblically conservative worldview.

Each episode draws a clear distinction between a Biblical versus secular prescription for today’s most pressing issues. The program’s goal is to advance the Kingdom of God in churches, communities, and throughout the USA, to encourage viewers to vote their values and engage the political process. Check program listings to watch Kingdoms in Konflict weekly on NRB and TLN networks and online at Freedomsjournalinstitute.org.

You can also watch an anti abortion themed episode below, from the first series.

Celebrating 400 years since the First Thanksgiving

Fri Oct 22 , 2021
Share on Facebook Tweet it Email This year, 2021 we celebrate the 400th anniversary of the first Thanksgiving. In 1620, a small group of Christians, led by the Holy Spirit, found their way to what is now Plymouth Massachusetts to plant a church! Yes, this courageous group of men and […] 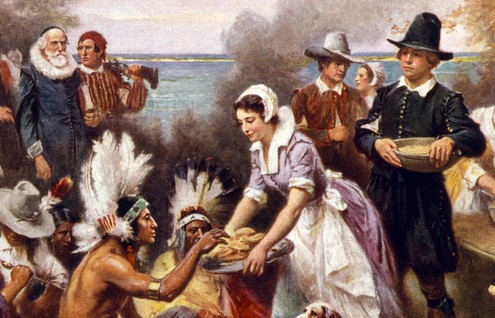