Sadly, we must say goodbye to one of God’s champions, Carman Licciardello, the great musician and showman for Jesus who was simply known as ‘Carman’. According to his ministry’s Facebook page, he passed away in Las Vegas on February 16, 2021. He will always be remembered for the electrifying stories he told through his songs which challenged thousands of people to rush to the altar to meet Jesus.

According to his YouTube Channel Carman was “often described as part evangelist, part Vegas showman. His concerts were more like a rock and roll Billy Graham Crusade than a Christian music event. After all the singing, dancing, clapping and preaching, throngs of people would stream down to the counseling area to accept Christ. He filled the largest stadiums the world over and was more than just an A-list artist – he was a Cultural Phenomenon.”

I had the privilege of seeing Carman live at one of his concerts in Johannesburg, South Africa in the 1980s. He was one of the first people I interviewed as a young journalist. I was inspired by his passion for Jesus and his groundbreaking ability to use the arts for creative evangelism. The song I remember him for most is The Champion, which you can watch below. In this powerful presentation, he paints a vivid picture of the battle of the ages and how good ultimately wins over evil, through our Lord Jesus Christ, THE CHAMPION.

Carman showed us the immense strength we have as believers over sin, satan and the demonic realm. His ministry embodied 1 Corinthians 2:4 “And my speech and my preaching was not with enticing words of man’s wisdom, but in demonstration of the Spirit and of power.”

According to his website, Carman began his musical career playing drums in his mother’s band at the age of 15. Over a musical career spanning several decades, his many awards include: Billboard “Contemporary Christian Artist of the Year” in 1992, 1995 and 1993. He was also Grammy-nominated multiple times as the Best Pop Contemporary Gospel Artist.

The release of his first #1 song, ‘The Champion’ in 1985 secured his place in music history and defined his soul-winning career as one of “endurance, grit, dedication, and pure talent.”

He received the House of Hope of Humanitarian Award for his positive influence in the lives of American youth in 2006 and was inducted into the GMA Gospel Music Hall of Fame in 2018. However, as Carman’s manager, Matt Felts writes, “Anyone who knew Carman knows that he counted winning millions of souls to Christ as his greatest lifetime achievement.”

Carman was planning a 60-city tour in 2021, however that is not to be. He passed away at the age of 65, in a Nevada hospital, after a series of complications resulting from surgery to repair a hiatal hernia. He leaves a rich legacy of music covering multiple albums that will continue to inspire believers and other Christian musicians for years to come.

“When Carman resumed touring again a few years ago, he was concerned that no one would care that he was back,” Matt continues. “He was wrong. Every night fans packed out venues and his ministry was as powerful as it ever was. This world has lost a light in the darkness but today Carman saw first hand the fruit of his labors.”

As we celebrate the life of Carman, let us continue to reach people for Jesus in every possible way. May we be inspired by his pioneering work as a creative evangelist and his faith and trust in Jesus. Many of his songs told powerful stories. For example here are some of compelling lyrics from The Champion.

“The audience for the ‘Fight of the Ages’ was assembled and in place
The angels came in splendor from a star
The saints that had gone before were there: Jeremiah, Enoch, Job
They were singing the “Song of Zion” on David’s harp

“The demons arrived, offensive and vile, cursing and blaspheming God
Followed by their ‘trophies’ dead and gone
Hitler, Napoleon, Pharaoh, Capone
Tormented and vexed and grieved
Waiting for their judgment from the Throne

“Then a persona, yes, extraordinaire appeared in center ring
God the Father will oversee the duel
Opening the Book of Life, each grandstand hushed in awe as
Majestically He said
“Now here’s the rules. He’ll be wounded for their transgressions
Bruised for iniquities”
When He said, “By His stripes they’re healed,” the devil shook!”

“Proclaim the news in every tongue
Through endless ages and beyond
Let it be voiced from mountains loud and strong
Captivity has been set free, salvation bought for you and me
‘Cause Satan is defeated
And Jesus is The Champion.”

Also read: CfaN looks ahead to a decade of double harvest as first new evangelists graduate

Chuck Parry: How to Live a Life of Miracles 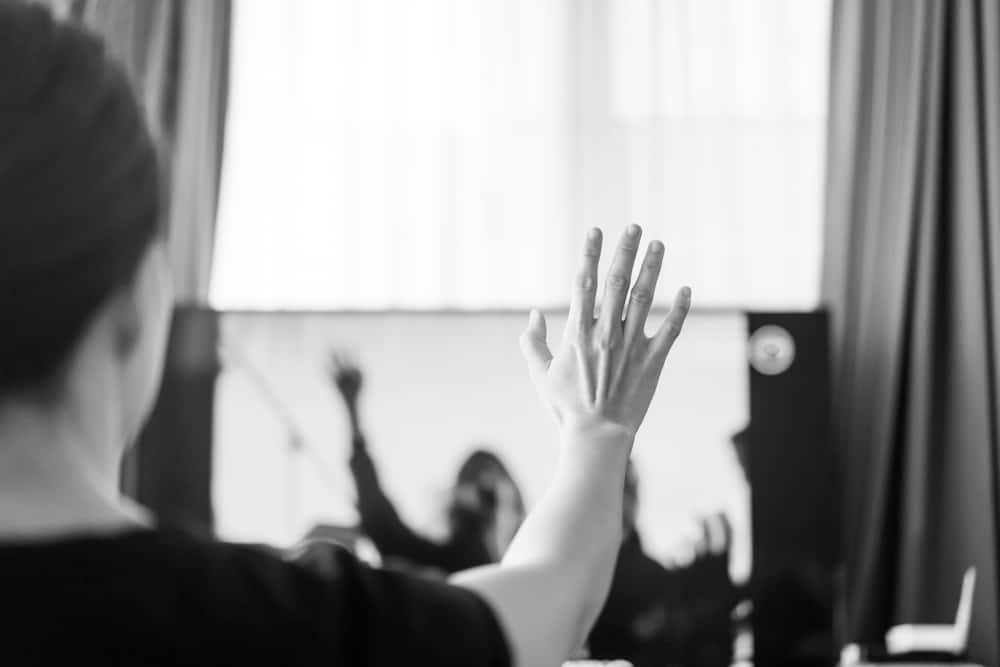