All Nations International have announced the sad passing of their co-founder, Floyd McClung at the age of 75. Possibly best known for The Father Heart of God, Lloyd was a best-loved international missions leader and author of 18 books in total including this international bestseller.

He died on Saturday, May 29, 2021 in Cape Town, South Africa, after an extended illness he had battled since 2016, which had left him incapacitated, hospitalized and unable to speak for over five years. He is survived by his dear wife, Sally of 54 years, who founded All Nations with him in 1993.

Floyd McClung – a heart to reach the least, last and lost

Floyd was born in Long Beach, California in 1945, to Floyd Sr. and Enetha McClung. In addition to his wife, Sally Floyd is survived by his daughter Misha Thompson; grandchildren Kezia and Luke Thompson and son Matthew McClung. Our sincere condolences to the entire family on their sad loss.

After spending his freshman year at Taylor University in Indiana, Floyd transferred to Southern California College in 1964, where he was elected student body president and named captain of the basketball team. He graduated in 1967 with a Bachelor of Arts in New Testament Studies.

Floyd first joined Youth With A Mission (YWAM) on missions trips during school breaks from college. On a 1965 spring break outreach in Nevada, he met Sally. They got engaged in 1966 in Jamaica. As dating was not permitted on outreaches, Floyd proposed by handing Sally a note while standing in line for refreshments after a meeting. She responded with a note of her own the following day! They married the following year, and celebrated their honeymoon by leading a missions trip to the Caribbean!

“Our married life was full of adventure from day one,” said Sally, “although I don’t recommend a honeymoon outreach with 75 young people for everyone!”

In his more than 50 years in full-time ministry, Floyd McClung lived in Africa, Asia, Europe and North America, worked on every continent except Antarctica. A tireless traveler and speaker, he spoke and lectured on more than 100 college and university campuses, traveled to more than 190 countries, made dozens of TV appearances, and saw his life and work featured in countless publications, including Time magazine and The New York Times.

Floyd McClung’s legacy will live on through All Nations

All Nations is an international Christian missions training and sending organization committed to preparing Christians to share the Gospel and establish churches in parts of the world where the name of Jesus Christ is not known. All Nations International is focused on reaching “the neglected – the least, the last, and the lost”.

Dr Mary Ho is the International Executive Leader of All Nations. She was appointed by Floyd in 2015 and commissioned formally by Sally in Nov after Floyd became ill. Hear her vision for the ongoing work of this far-reaching organization that is currently operating in some 43 countries.  See video below.

We thank God for the life of this faithful servant of God, Floyd McClung. What a testimony he has left behind and how wonderful that his ministry will continue to reach the unreached through All Nations.

July 4th: Seeking God for Liberty in a Time of Masks and Division

Fri Jun 4 , 2021
Share on Facebook Tweet it Email Every summer, July 4th, Independence Day, is centered between June 19th, Juneteenth, and August 28th, “I Have a Dream Day.’ This summer is no different, yet everything is different. Each of these days was once a much anticipated holiday; a monthly celebration denoting a cry […] 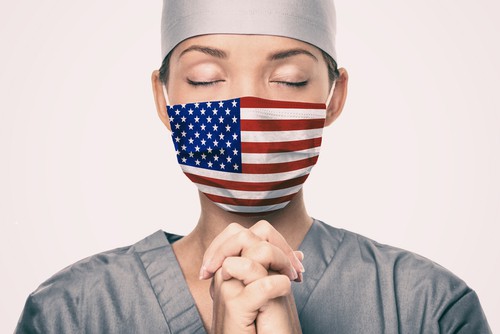