Sadly, Steve Farrar, the author of Finishing Strong passed away recently at the age of 72. Steve impacted many, many people’s lives, encouraging men especially to stick to their Christian beliefs no matter what. Thankfully, Finishing Strong was his testimony and this continues to point us to stand our ground as believers.

Unfortunately many men of God have not stood the test of time, having been taken out by the enemy for one reason or another. This was a central theme of Steve’s book Finishing Strong. It’s not so much how you start but how you end, that is the important thing. I remember reading his book where he shared that Billy Graham had many great contemporaries in his early days, yet so many of them gave up halfway. His point was that only one in ten people who start out will finish the race.

A pioneer Men’s Ministry founder and leader, Steve Farrar gave men courage to stand strong. He never gave up and thanks to the encouragement of genuine heroes of the faith like him many of us have remained committed to our faith and are set to follow in his footsteps.

Longtime men’s ministry leader Steve Farrar, died on Saturday 19 February at his home outside Dallas. The cause of his death is not yet known.

Steve was the founder of Men’s Leadership Ministries and Associate Pastor of Men’s Ministry at Stonebriar Community Church. His mission was to equip men to be the spiritual leaders of their homes and churches.

He founded Men’s Leadership Ministries in 1990 to help guide Godly men in the fight for their lives and families. With a finger on the pulse of men, a style full of candor and humor, and a commitment to Scripture, he regularly addressed men at churches and events across North America, including Promise Keepers in the 1990s.

“Steve was more than a ministry leader. He was a friend and mentor to not only me, but also to countless men around the world,” said Gary Rosberg, Men’s Leadership Ministries board chair and co-founder of America’s Family Coaches. “Steve spoke into the hearts, passion and capacity of men and gave them courage to lead and stand against the buffeting winds of culture. He used his prophetic presence and voice to challenge men with both a strong and direct, yet tender and interpersonal approach. While we rejoice in Steve’s heavenly homegoing, we know that men around the world are mourning the void his passing has left on earth.”

In addition to Finishing Strong, Steve authored 20 books for men throughout his career, including “Manna: When You’re Out of Options, God will Provide,” “True Courage” and “Battle Ready.” A revised and updated version of his bestseller, “Point Man: How a Man Can Lead His Family,” which embodied his ministry message and sold more than 500,000 copies, is scheduled to release on April 26, 2022.

For more than 20 years Steve taught a weekly men’s Bible study that was attended by several hundred men in Dallas and countless others online. He was also Associate Pastor of Men’s Ministry at Stonebriar Community Church and regularly served as a guest preacher.

“Steve Farrar was a long-time personal friend whom we loved as one of the charter members of our church,” said Pastor Charles Swindoll of Stonebriar Community Church. “His enthusiasm was contagious and he often filled our pulpit at the last minute to deliver God’s truth in a straightforward, no-nonsense manner. His dynamic communications style encouraged all who heard him to love the Lord and His Word as he did.”

Steve was a graduate of California State University, Fullerton, with a master’s degree from Western Seminary in Portland, Oregon, and a Doctor of Ministry from Dallas Theological Seminary, where his doctoral thesis became the foundation for his signature book, “Point Man,” and set the course of his ministry.  He leaves behind Beverly, his 94-year-old mother; Mary, his wife of 44 years; their three adult children, Rachel, John and Josh; and seven grandchildren.

A public memorial service will be held on March 6 at Stonebriar Community Church in Frisco, Texas. Visit SteveFarrar.com for updates and details on the livestream of the service.

Steve Farrar finished strong and you and I can too. If you’ve never read Steve’s books, his written archive remains, challenging men to go the distance for you family.

Also read All Nations International celebrates the life of its founder, Floyd McClung

This page is dedicated to today's faith heroes, presenting a modern 'Hall of Faith' that is a continuation of Hebrews 11. We can learn from the example set by servant-hearted Christian leaders who have given their all for God.

Sat Feb 26 , 2022
Share on Facebook Tweet it Email Ketanji Brown Jackson has been nominated to fill the vacancy on the US Supreme Court left after Justice Stephen Breyer announced his retirement. However, one of the leading Pro-Life Christian activist organizations in the USA, Operation Rescue has promised to oppose any nominee that […] 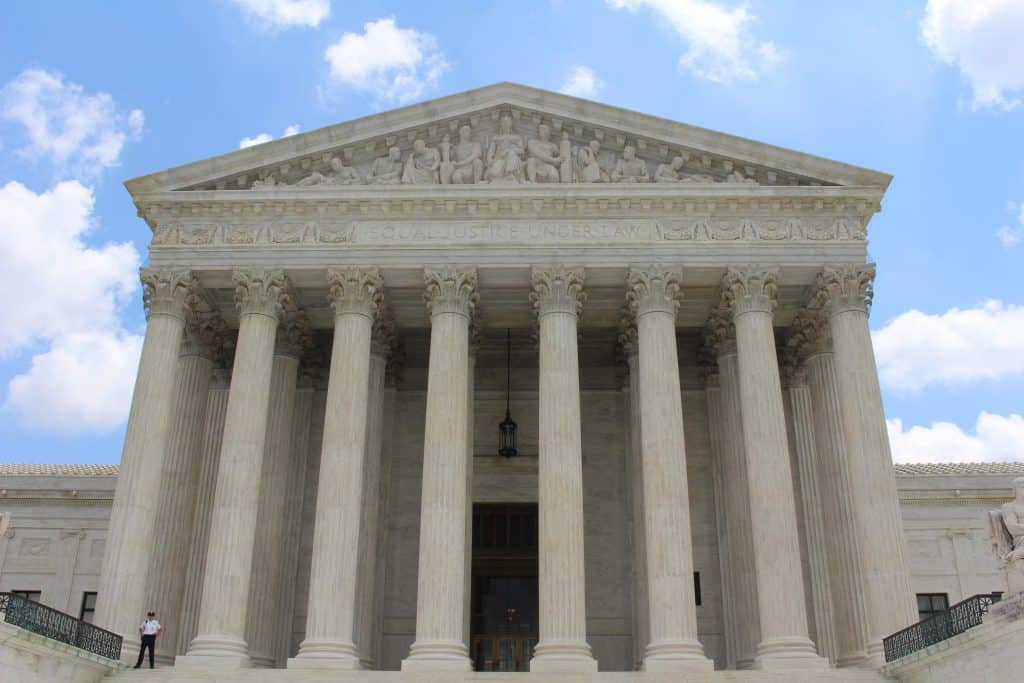