“Civil Rights battles must be won in each generation” says Dr Alveda King as she reflects on America this Independence Day. “Let Freedom Bells Ring this July 4th from Womb to Tomb,” is her heart’s cry.

On July 2nd, we celebrate the 58th anniversary of the Civil Rights Act. On July 4th we celebrate Independence Day in America. Just recently, the United States Supreme Court reversed Roe v. Wade. We are in a time in our history, where we have a beautiful opportunity to unite and end the squabbles that overburden us.

Fifty-eight years ago, there was civil unrest in America. During that time, many of us in the Black or African-American community were fighting for equal rights and equal justice. That 20th century movement was led by my uncle, Reverend Dr. Martin Luther King Jr., who was supported by many valiant American citizens of every ethnicity. My uncle ML, and my father Reverend Alfred Daniel Williams King lost their lives in that struggle.

Here we are years later, living in another century, yet still fighting over skin color. The shadows of racism, crimes against humanity have followed us. Here in 2022, we are still plagued with skin color differences and we still face injustices to American human beings in the womb.

I have learned during 72 years of life, that our Civil Rights battles must be won in every generation, every decade, and right now it seems every moment. At the forefront of many of today’s disputes right now are angry women, frightened women, women who have been lied to, and women who are so frustrated over the issue of protecting their bodies, that they don’t have a heart to consider another class of people, the babies in the womb.

Many years ago, I was one of the women who would be so frustrated today, that is if I had not had an enlightening moment in the 1980s. An encounter with Jesus Christ helped me to understand that the babies that I had aborted, and a miscarriage which was a result of damage to my body during their abortions, we’re not the ultimate answer to my happiness.

Throughout human history, there have been instances when human beings have been able to turn away from fear, selfish ambition, and injustices and civil unrest. Crimes against humanity, including abortion, are not new at all. I am praying that we are having one of those moments where our hearts can turn towards compassion. Turn away from fear to embrace love, hope and faith.

The 58th Anniversary of the Civil Rights Act of 1964 celebrates a day that gave equal rights to all Americans regardless of skin color. This act paved a way for a new nation envisioned by my uncle and all of the supporters of the 20th Century Civil Rights Movement. “I have a dream; it is rooted in the American Dream.” MLK

Today as we continue to fight civil rights battles in America, let’s also remember this Independence Day, that the unborn are front and center in the cry for justice. Yes, the journey continues. Yes, the Supreme Court has overturned Roe v. Wade. Now It is time for “we the people” in every state, to raise our voices for the voiceless in the womb. As we support the unborn and their parents, freedom will truly ring across the land.

Let’s ring the bell for the 1964 Civil Rights Act and on July 4, not just for skin color, and never as color blind. May we all see and love each other, regardless of ethnicity; as the one blood human race; uniting for all human life and all human dignity.

Please join us now as we work and pray to ensure that the unborn and their mothers and fathers are protected and supported; and that all Americans are given equal rights and the American Dream. From the Womb to the Tomb.

Sun Jul 3 , 2022
Share on Facebook Tweet it Email Nations Church, the Central Florida-based church plant, recently partnered with Shake the Nations Ministries and Christ for all Nations ministry to host three days of worship at ‘Revive Orlando.’ During the event, bootcamp evangelists from Christ for all Nations (CfaN) were invited to pray […] 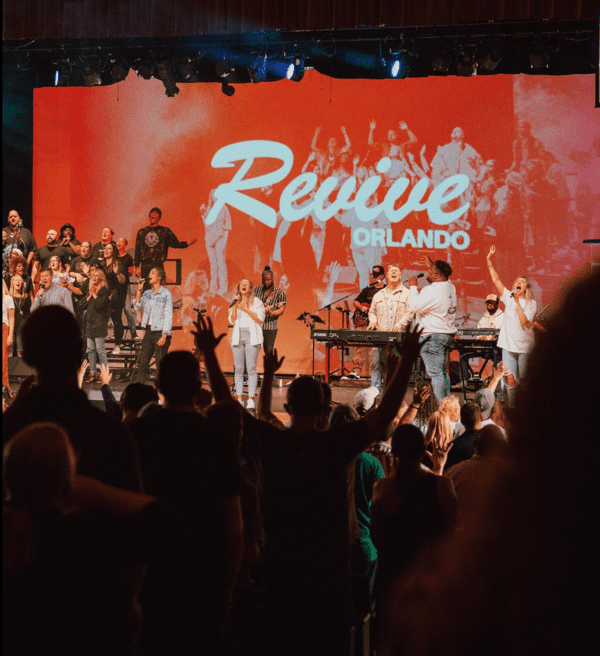