Watch American singer-songwriter Carrie Underwood direct from the celebrated Ryman Auditorium, in Nashville, TN. In this hour-long special she sings some of the most powerful hymns and Christian songs, along with other Gospel music greats. The Ryman is known worldwide as ‘The Mother Church of Country Music’ and Carrie is joined by special guest CeCe Winans and others.

The virtual concert, Carrie Underwood My Savior was recorded LIVE on Resurrection Sunday 2021 and raised over $100,000 raised for the charity Save the Children. The music special brings Carrie’s best-selling, critically-acclaimed studio album My Savior (Capitol Records Nashville) to life on the legendary stage with powerful performances of hymns she grew up singing, including ‘Amazing Grace’ and ‘How Great Thou Art.’

Other highlights of Carrie’s performance at the Ryman include a duet with bestselling and most awarded female gospel artist of all time, CeCe Winans, on the classic hymn ‘Great Is Thy Faithfulness’ as well as Singer/songwriter Bear Rinehart, Southern gospel and harmonica legend Buddy Greene and 10-time CMA Musician of the Year Mac McAnally.

Carrie Underwood won American Idol in 2005 and is now one of the most successful artists of any genre, having sold more than 65 million records worldwide. However, Carrie knows what it’s like to cry both tears of joy and of sorrow. She has known ongoing success as a recording artist, but there have also been times when she has had to deal with loss. It is in the difficult times she has written country music hit songs like Cry Pretty.

Carrie released her first book, Find Your Path in 2020. She has been nominated for and received several awards including Top Christian Album at the 2021 Billboard Music Awards. Her album My Savior debuted at number one on both of Billboard’s Top Country Albums and Top Christian Albums charts.

Read: Discover the Story Behind Carrie Underwood’s Hit Song, Cry Pretty and be encouraged by her example to worship Jesus in all circumstances and never give up!

The Chosen meets the pope as the series transcends boundaries

Wed Aug 11 , 2021
Share on Facebook Tweet it Email The Chosen meets the pope at the Vatican as the series goes beyond denominational boundaries and national borders. Said to be ‘the number 1 crowdfunded media project in history, the first multi-season show about Jesus has become a global phenomenon. Jonathan Roumie who plays […] 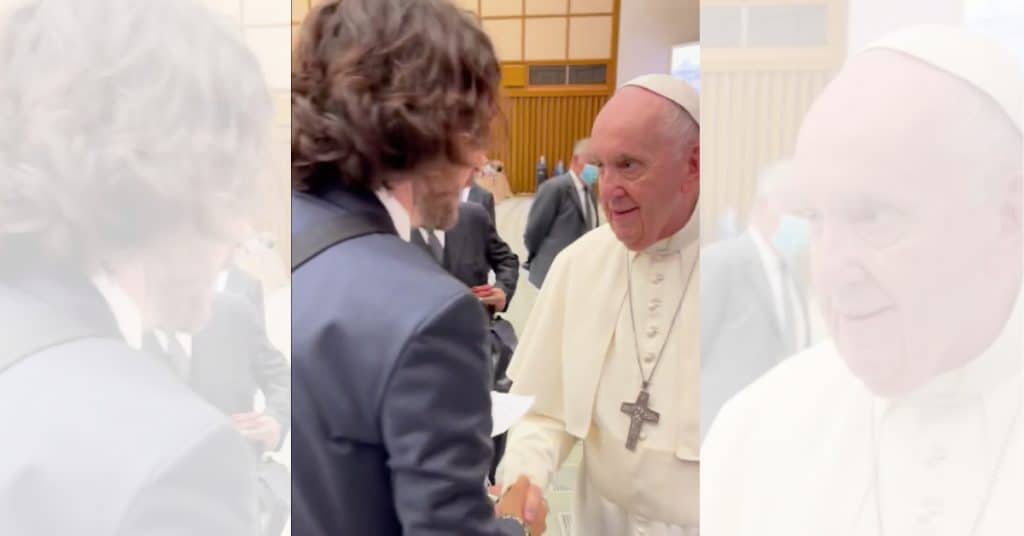