The possibility of an ABBA reunion is something fans of the Swedish supergroup have hoped for, for a very long time. Now almost 40 years later they have just released a new song, ‘I still have faith in you.’ It’s a beautiful melody that will no doubt bring hope to people across the world. Capturing some of the heartache and pain experienced by the four members of the group, it shares a message of reconciliation and love, that we need each other and are in this together.

From the time they won the Eurovision Song Contest in 1974, ABBA became a household name with their song ‘Waterloo’. The name ABBA comes from the first initial of each member – Agnetha, Bjorn, Benny and Anni-Frid. Initially the group comprised of two couples but their marriages didn’t survive the limelight of the world stage. Though one of the most successful groups of all time, ABBA ended in tears in 1982 following the divorce of both couples.

Though they were offered millions (some say $1-billion) for an ABBA reunion, the group has been apart for four decades, despite their music continuing to find new audiences and positioning them as one of the most successful music phenomena of all time. There have been ABBA’s Greatest Hits albums, musicals, movies and documentaries but never an ABBA reunion until now. However Reuters reports on an ABBA reunion.“Here they go again – ABBA reunite for first new album in 40 years.”

The 10 song album, ‘Voyage’ will be released in November and will be followed by a hi-tech concert featuring the group at their prime in the 1980s using holograms, or what has been called virtual ‘abbatars’

I still have faith in you

It is encouraging to think that after so many years of being split up ABBA has been able to reconcile sufficiently to produce new music and the lyrics of the song will resonate with many who know the heartache of broken relationships. Part of the chorus says: “I still have faith in you. It stands above the crazy things we did. It all comes down to love.”

As a life-long fan, I’m thrilled about this ABBA reunion and I think the title of their first reunion song has a much wider prophetic message for the world. You can watch ‘I still have faith in you’ in the video below which also depicts the history of the group through a series of photographs. However much more that that it speaks to me that God still has faith in us. And because of that we can dare to hope the best about others.

God’s heart is always towards reconciliation. If you have fallen out with Him, He still has faith in you. Do we have it in us to have faith in Him? God’s highest hope for each of us who have strayed from Him is that we will return. That is the central message of the Gospel as portrayed via the parable of the Prodigal Son. Whatever crazy things you or I may have done, God still believes in us, still has faith in us. And in the end it does all come down to love. God so loved us that He gave us His only son, so if we believe in Him, we shall never die, but live eternally. (See John 3:1 6)

For those who feel God has forgotten them, or feel they have done things so bad that they could never be reconciled to God, I am reminded of Jesus’ words to His disciple, Simon Peter just before his denial of Christ. “Simon, Simon, Satan has asked to sift all of you as wheat. But I have prayed for you, Simon, that your faith may not fail. And when you have turned back, strengthen your brothers.” (Luke 22:31-34)

Of course we don’t know where the members of ABBA are spiritually but let’s pray that they each come to know Jesus as their Savior and be a witness for Him. They have achieved much material success, but may they also prosper spiritually. We may never know their fame or financial success, but most have us have experienced hurt, rejection or relational breakdown. If there is anything an ABBA reunion can teach us, it’s that we shouldn’t wait 40 years to reconcile or reunite with God or man.

Alway’s remember that God still has faith in you. Without faith it is impossible to please Him, but as we come to Him in simple, childlike faith, we can experience His love in fresh new ways and be filled with a new found love for others.

Also read: You can now ‘binge watch Jesus’ with the Chosen Seasons 1 and 2

Dr John MacArthur - the man the minister and his message

Fri May 20 , 2022
Share on Facebook Tweet it Email Millions know Pastor John MacArthur as a steadfast and trustworthy voice for Biblical authority and teacher for over five decades. But what kind of man is he in private? The book, John MacArthur: An Insider’s Tribute has just been published giving readers access to […] 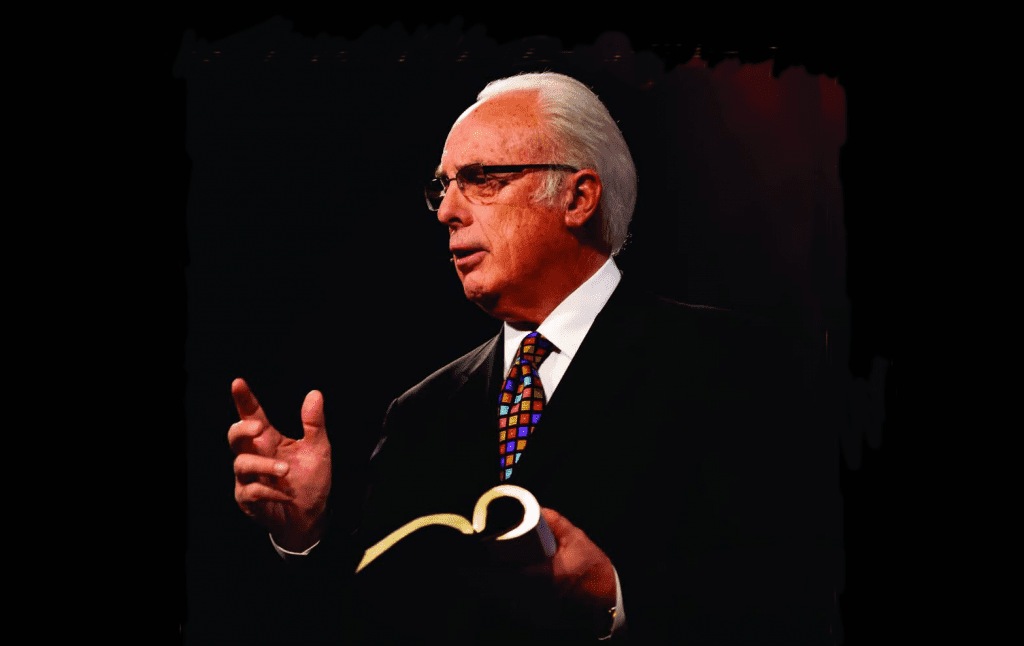