Following the recent airing of The Chosen Season 2 finale on The Chosen app, viewers can now watch both seasons of the first multi-season show about Jesus that has become a global phenomenon. Not sure binge watching anything is a good thing but if you are going to watch episodes back to back you couldn’t go for a better choice than the Chosen, which is said to be the #1 crowdfunded media project in history.

Each episode of The Chosen brings the times and places where Jesus lived, walked, and worked to life in a never-before-seen way. Through the eyes of those who followed him, Jesus’ story comes alive with drama, humor, insight, and inspiration. The Chosen Season 3 is now highly-anticipated and is currently being crowd-funded.

Season 1 of The Chosen along with the pilot episode takes viewers from the announcement of Jesus’ birth, through the gathering of those chosen to follow Him to the story of the woman at the well from John’s Gospel and the beginning of Jesus’ public ministry. Season 2 charts his growing popularity and growing conflict with the authorities.

“In Season 2 Jesus’ growing fame has brought resistance from the Romans and religious leaders, and the disciples are struggling with how to deal with it,” says the series creator, co-writer and director, Dallas Jenkins. “This sets the stage for Jesus to put together the most famous sermon in history. Despite the growing danger, He’s determined to deliver one of the most important sermons of his life.”

“We are encouraged by the number of Season 1 supporters who also helped us produce Season 2,” said Executive Producer Derral Eves.

The Chosen Seasons 1 and 2

The 16 installments are available free through The Chosen app, which is also available for download at the Apple or Android app stores. Distributed by Angel Studios, Season One of The Chosen is currently streaming on a variety of platforms including Peacock, iTunes, Amazon, and VidAngel and is available in Walmart stores nationwide.

The Chosen has achieved unprecedented success having been viewed over 200 million times and translated into more than 50 languages. The series is presented free, and viewers can choose, if desired, to “pay it forward” to finance future seasons and keep the show free.

Not on any traditional streaming platform or TV network, the Season 2 premiere was viewed live by 750,000 people, which rivaled HBO’s hit Mare of Easttown that attracted 1 million viewers to its launch. With five seasons still to come, The Chosen is in every country in the world and aims to introduce 1 billion people to the authentic Jesus.

The Atlantic wrote, “Take it from a critic and a Christian with an aversion to Christian entertainment: The show is good… the acting is as strong as you’d see on a mainstream network series such as This Is Us.”

Via crowdfunding, over 19,000 people invested $10 million to film the first season. Season Two generated over $12 million from over 125,000 people who paid it forward. Producers will begin crowdfunding Season 4 as soon as Season 3 funding is complete. Seven seasons are planned in all. The Chosen is produced by Loaves & Fishes Productions and distributed by Angel Studios.

Also read: Watch The Chosen Season 2 – With insights into the lives of the followers of Jesus

Tue Jul 13 , 2021
Share on Facebook Tweet it Email All Nations International will honor and remember its founder, Floyd McClung, an author and international missions leader, during a celebration of life service, on Saturday July 24, 2021. The service will take place in Pleasant Valley, Missouri and will be streamed live. Floyd McClung […] 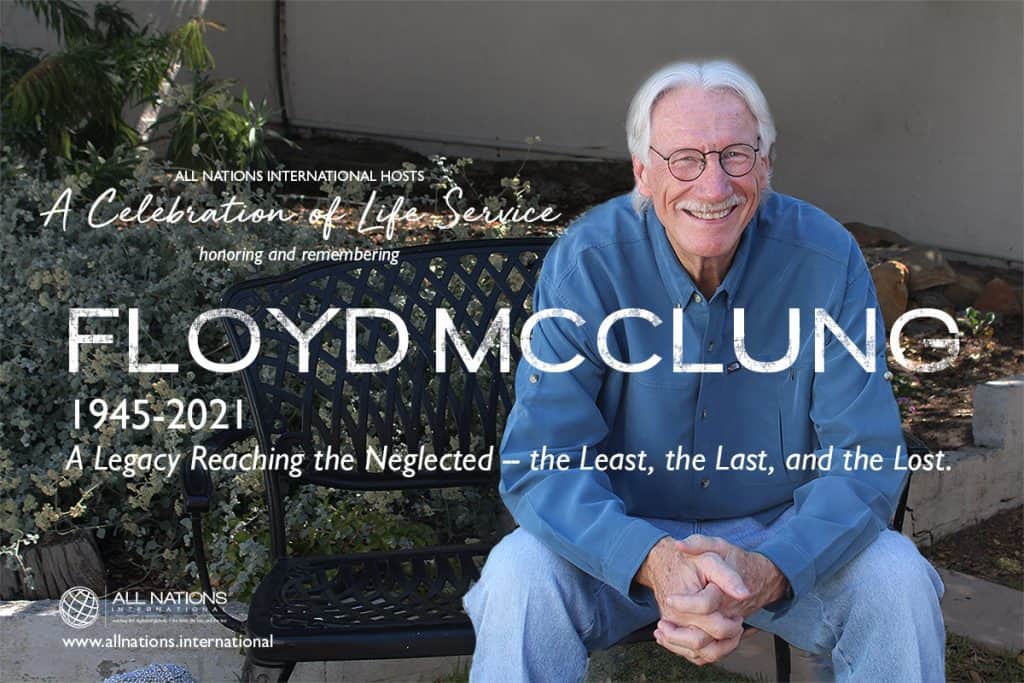