Election 2020 is almost upon us. Every voter needs to vote their conscience however if you believe left-leaning broadcasters like CNN and read newspapers like the New York Times you’d think it was all but game over for a particular candidate. There is nothing impartial about their coverage. Election coverage never used to be like this but that is how it is today.

CNN and the New York Times and many others clearly favor Joe Biden and Kamala Harris. The President doesn’t seem to have ‘a snowball’s chance in hell’ of being re-elected. It certainly seemed to be the end of Trump when The Times reported on their latest Trump Tax Returns ‘scandal’. However, no matter what the left seems to throw at Trump, it doesn’t seem to harm his chances of ‘four more years’.

Right from the beginning of his political career Donald J Trump has beaten enormous challenges to get where he is today. He wasn’t the favorite Republican candidate in 2016 and yet, one by one, he beat each of his opponents and he was able to secure the GOP nomination. The Democrats never thought he could actually win in 2016. They were shocked to the core. Remember those ‘Madame President’ magazine covers that had to be quickly recalled?

Today, in the eyes of the Democrats, Trump must be one of the most vilified political leaders in American history. Those who are against him don’t just dislike him, they hate him and want him out of the White House. Yet there is a core of voters who are fully behind the way he is steering the nation. Perhaps many of these are silently biding their time and we will see them rally on November 3rd to deliver a decisive Election 2020 outcome for the President they adore.

While Joe Biden is not a villain he stands for many policies which go against Christian principles. For example his support of late term abortion which clearly goes against his Catholic faith. Futhermore, many believers consider him to be acting on behalf of a political agenda that could have disastrous consequences for the American people.

On the other hand, while Trump is not perfect he certainly has accomplished a great deal even in the face of the coronavirus pandemic. His Election 2020 supporters will highlight his rebuilding of the economy, tackling unemployment, restoring the military and standing up to foreign powers like China. However, for Christians, there are more important issues.

These include the Pro-Life stance of the Trump Administration where we have seen a Vice President participating in the March for Life for the first time. We have also seen huge breakthroughs for Israel, including the move of the US Embassy to Jerusalem, recognition of the Golan and the recent signing of the Abraham Accords, bringing peace between Israel and additional Arab nations. Such measures cannot be discounted as the Bible promises that ‘whoever blesses Israel shall be blessed’.

There have been many prophecies about President Trump’s Presidency including that he will serve two terms. He has been described as a ‘modern day Cyrus,’ and ‘a wrecking ball’ to the political establishment. If 50,000 Christians gathering in the US capital for Prayer March 2020 is anything to go by, there is hope for the USA and a positive Election 2020 result. A result that brings a substantive majority for a return to law and order and a new season of prosperity where all life matters including the unborn.

Also read: Could Donald Trump have the same landslide victory as Boris Johnson?

One thought on “Election 2020 – Looking beyond the Fake Media and the Fake Polls What do you see?”

Trump Biden – What if #Election2020 was decided by social media likes and follows?

Sat Oct 24 , 2020
Share on Facebook Tweet it Email While people argue who won the latest Trump Biden debate, millions of Americans have already voted for the candidate of their choice. Hopefully, there will be a decisive result on November 3rd as nobody wants an election to drag on like the Bush Gore […] 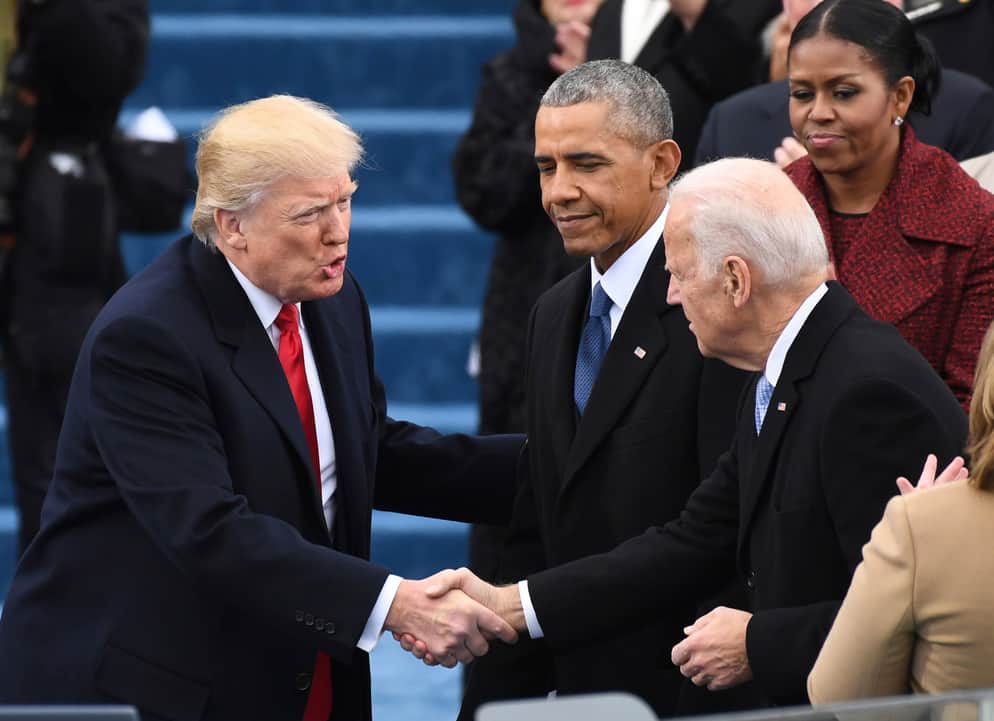