Due to the Covid 19 emergency authorized use vaccines mandate, the US military is pushing out close to 10% of its operating force. In a time of global crisis, wars and special interests influencing governmental decisions, men and women in uniform like Master Sergeant Nick Kupper are receiving their separation papers.

Nick has served the United States Air Force honorably for 19 years. He has about 13 months left before fulfilling a career of 20 years to receive full retirement benefits. The Air Force Times named him a service-member of the year in 2017.

His wife Crystal and their children, including an adopted daughter with special needs, have been by his side through the years as he has trained, recruited and deployed overseas on behalf of the US government. And even though he has had natural immunity exemptions for previous vaccines, the Department of Defense is pushing him out.

Disservice to Those In Uniform Due to Vaccine Mandates

The medical care and benefits his family has been receiving over the years is at risk as the Biden administration policies are enforced. However, Nick has been a voice of truth legally challenging the Emergency Use Authorization of the Covid-19 vaccines. It is true that EUA is not the same as FDA Approved. However, our US military personnel are not being informed of the risks. Nor are they given any information as to what refusing the Covid-19 vaccine(s) would entail. They are being separated and this is a disservice to them and our nation. The mandates are an unlawful order needing to be fought in the courts. I also want to state that mandates are not laws.

Nick was a special guest on Tucker Carlson Tonight. Tucker said, “Vaccine mandates have been immoral and un-American. But now we know after a year and a half how many people have been hurt by the vaccines? And how many people it has been counterproductive for and more likely to get corona? The Biden administration is still using vaccine mandates forcing tens of thousands of American servicemembers to leave because they won’t take the Covid shot.”

Hundreds of Thousands of US Military Being Separated

Master Sergeant Kupper said, “In fact its hundreds of thousands by the DOD’s own numbers today. In the Air Force alone there are over 10,000 people including myself. I’ve been counting on this retirement for the last 19 years. But I am being separated because they won’t grant me a religious exemption waiver. They are looking to kick me out. After 19 years they are going to throw everything away that I’ve worked for. But I am just one of hundreds of thousands of people getting kicked out. Because we won’t take an illegal Emergency Use vaccine.”

The American military is being destroyed willingly from the inside out due to bad policies stemming from the White House. Every American should be alarmed when Nick said, “Over 10% of the military is looking at being canned right now. If I were China or Russia I’d be chomping at the bit right now.”

Nick, who is extremely healthy and has natural immunity to due Covid antibodies, further stated, “I haven’t been granted a religious waiver. But I think it is ironic that Secretary Austin was given a waiver by Congress to serve. Yet he refuses to give any of us a waiver to continue serving.” Nick’s reference was about Secretary of Defense Lloyd Austin. Austin was a former board member of Raytheon and is now overseeing the US military.

Watch this interview yourself and pray for America. Start calling your senator and congressional representatives making your voice heard for our military. They are being unjustly treated and separated. Their religious freedoms are being trampled upon by the Biden administration. His administration are gaslighting and appeasing corporate and special interest groups.

You may also read Reversal of Roe v Wade Will Save Lives.

Jared and Rochelle Laskey co-founded Fireborn Ministries to teach believers how to live a daily Spirit-empowered life. You can find their resources and learn more about their ministry at firebornministries.com. They also have e-courses such as “Entry Level Prophecy,” “The Last Days,” “The Baptism with the Holy Spirit” and more on charismacourses.com. And the popular podcast Adventures in the Spirit, available on the Charisma Podcast Network and anywhere you listen to podcasts.

Fri Jul 8 , 2022
Share on Facebook Tweet it Email While some organisations think funding abortion travel is an appropriate response to the end of abortion, individual Christians, ministries and churches should help provide an adoption option. Christ for All Nations (CfaN) is taking a lead on this and hopes believers will follow. In […] 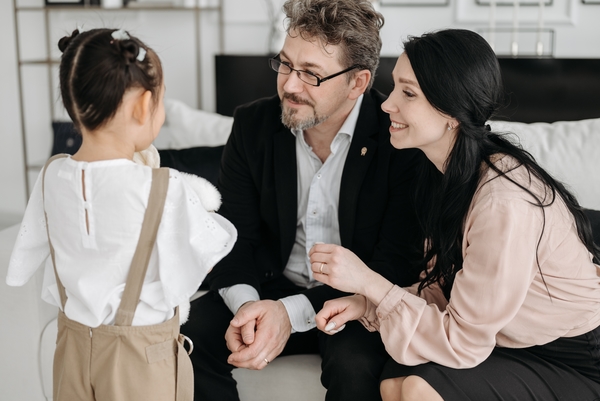