Stop the steal or #StopTheSteal has become a popular hashtag on social media since the first claims of voter fraud in the 2020 election became public. Whether or not it has been trending or not is another matter as it’s clear the large social media platforms seem to be doing all they can to censor or restrict posts that don’t fit with their preferred narrative.

Whether or not Donald Trump or Joe Biden emerges as the ultimate winner of this contested election is not the main issue. What’s really at stake is US democracy, which has been seriously questioned. In order to set voter’s minds at rest, all necessary recounts and audits need to take place. This is the process that will restore voter confidence across all parties. It’s not just about fighting for a second term for President Trump, it’s about ensuring the integrity of the electoral process is upheld.

Whether the election has been stolen or not, has not yet been proven, but let us hope it will be soon – one way or another. The allegations of voter fraud are very serious but we haven’t yet seen the proof. We’ve been told there are many lawsuits being filed, multiple affidavits and eyewitnesses. The ballots of dead people have apparently been counted and there are reports of the Dominion software being used to manipulate the result.

This is all very disturbing and it’s no wonder that President Trump’s supporters want to ‘Stop the steal’ if all this is true. On the other hand we have the news media, who have effectively crowned Joe Biden as the winner, actively denying there is any election interference and continuing to distract viewers with all the latest developments of ‘the office of the President elect’.

This would be more believable if the same news media didn’t flaunt such an obvious contempt towards the President. They would be far more credible if they hadn’t carried poll after poll that was inaccurate. Donald Trump has described them as ‘suppression polls’ or phony polls. He believes this has caused election interference. He has a point as some people may not have voted because they felt their candidate didn’t have a chance.

Then there is the issue of the news media platforms that did not carry the major news story about the Biden family’s alleged corruption. This shows how biased they are in their coverage, so how can we believe they provide the full picture. Furthermore, Twitter and Facebook actively tried to stop this story being carried on social media.

This kind of reaction seems to indicate that the mainstream media and social media platforms have teamed up to see a change of leadership in the USA at any cost. Why else would we have seen such a increase in the censorship of tweets and posts and the rise of supposedly independent fact checkers.

Where has the freedom of expression and freedom of the press gone? This makes one suspicious that the mainstream media have something to hide. What we need to bring clarity, to ensure we stop the steal, if that proves to be the case, is transparency. We need the facts and we need to be able to assert our right to comment on the facts in whatever way we wish, without being silenced.

Social media grew in popularity because it gave everyone a voice, yet powerful platforms like Twitter and Facebook have taken it upon themselves to censor, ‘shadow ban’ and de-platform users that they disagree with. Fortunately I haven’t been at the brunt of any of these measures, however I have been stopped from sharing information which is unacceptable. For example, this tweet wouldn’t send from my laptop. It kept on coming up with the message ‘Something went wrong, but don’t fret – let’s give it another shot.’

This is Twitter’s polite way of telling you to back off. I discovered this when I tried to send the same link from my iPhone and got a more honest warning. “Tweet not sent. Your Tweet couldn’t be sent because this link has been identified by Twitter or our partners as being potentially harmful.”

Who would have ever thought that one would be prevented from retweeting the President of the United States? And to put it into context I only have a handful of followers in comparison to his 88.9 million followers.

It is unbelievable that the platforms that we have come to rely upon are now executing such power over us to the point of making threats that if we don’t toe the line we will suffer the consequences. For example this message received from Facebook.

Now that Facebook actively threatens us with a reduced service if we share what they consider to be false news, we have to fight for our right to freedom of speech.

However I shouldn’t have been surprised by these warnings. Social media censorship was the focus of a high-profile Senate Judicial Committee hearing just before the election. See Big Tech Censorship –Twitter, Google and Facebook under scrutiny for ‘election interference’.

For me personally these warnings are an attack on freedom of speech and an indication that there are powerful forces to defraud an election and prohibit people from having their say about it.

Mon Nov 16 , 2020
Share on Facebook Tweet it Email US President Joe Biden has been challenged for promoting his Christian faith while supporting policies that expand, promote or protect abortion. A US public policy organization, Stanton International says it is shocking that the President writes about every person being created in the image […] 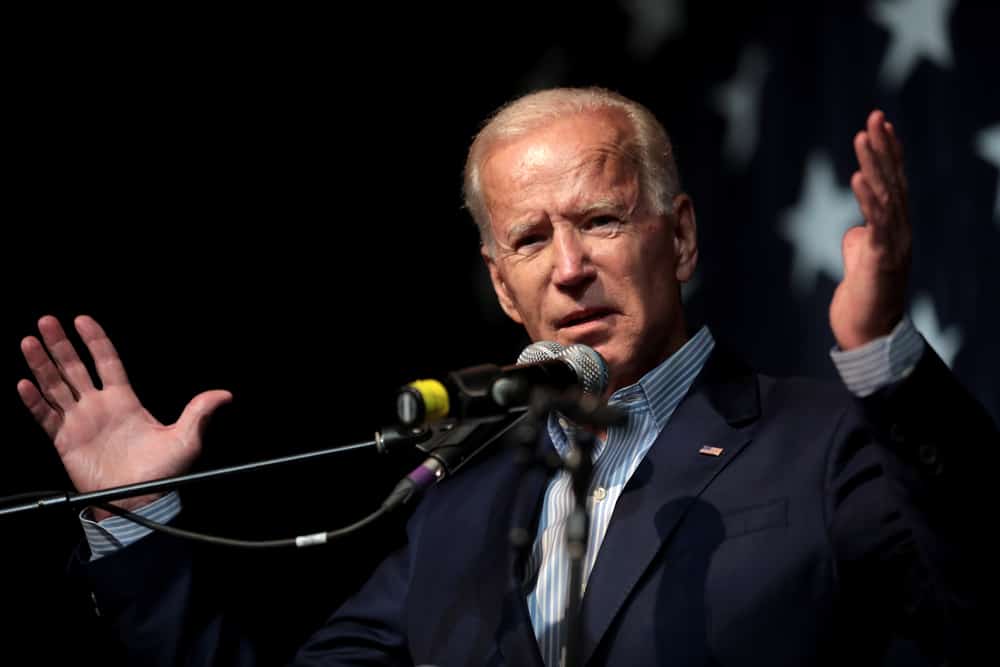