Every day women around the world look to a little white stick to tell them whether or not they are pregnant. For some the simple test will bring joy and celebration but others will face that sinking feeling that comes with shock and despair. Perhaps they made one silly mistake and forgot to take a pill or at worst maybe their body was violated. Whatever the case, finding yourself unexpectedly pregnant can be hugely daunting. So what to do when that white stick confirms your worst fear?

Abortion may seem a quick and easy solution but as some women have found the procedure may have long lasting effects. It’s an intensely personal decision to make and in the USA women get the right to choose. It’s at this point that a pro-life vs pro-choice battle may begin inside your head. Still, you decide who wins and who loses, or to be blunt who lives and who dies. It’s a tough decision to make especially for younger women with little life experience.

Jacqueline Marie is an example of just one modern woman in this age-old dilemma. “I looked down at the skinny white stick dripping with my urine and watched as the liquid spread to the two tiny ovals,” she writes. “Immediately a line formed in the first box. I clenched my eyes and prayed that the other line would not appear. Less than second late the other line appeared and confirmed my worst fears. I still tried to will the line away, the second line that would transform my life However no amount of will power could change the fact. I was pregnant’. My eyes started to swim with unshed tears.”

Jacqueline was 19 at the time. Pro-lifers would have wished that she kept the baby, but she didn’t. She chose to terminate. And, in fact it wasn’t too long before the very same thing happened again. Jacqueline was faced with another white stick showing a positive result. Again she chose abortion.

This is the route many, many people would advise in such circumstances, yet in Jacqueline’s case, these two abortions would drastically affect her life. This is the story that pro-choice advocates won’t tell you. However Jacqueline is now telling her story in a brutally honest way. Her new book White Stick has just been published, chronicling her abortions as a teen and how she coped with the after effects.

“Whether you are pro-life or pro-choice you will want to reach this powerful story,” says Daniel Darling of the Ethics and Religious Liberty Commission. “This book will break your heart in all the right ways and give you sympathy for the difficult decisions so many women face alone.”

White Stick is Jacqueline Marie’s candid personal account of how her decision to terminate her pregnancies influenced her life. She offers a firsthand look at the abortion procedure and how she dealt with the emotional scars. Following an encounter with God her journey to healing began, and she was finally able to forgive herself. She now shares her story to encourage others with a message that redemption is possible through the Gospel message.

Jacqueline Marie has a marketing degree majoring in English and psychology. She lives in Indiana with her husband and three children. In her first book White Stick, she shares her experiences to encourage other women who have chosen abortion. She feels called to speak for everyone who has had an abortion and may be experiencing shame or guilt.

One thought on “What to do when that white stick confirms your worst fear?”

Sat Aug 8 , 2020
Share on Facebook Tweet it Email Join Christian leaders from across the globe for the Unite714 Global Prayer Event as they intercede for an end to the coronavirus crisis and for revival to be poured out. It marks the coming together of different streams just a on the Day of […] 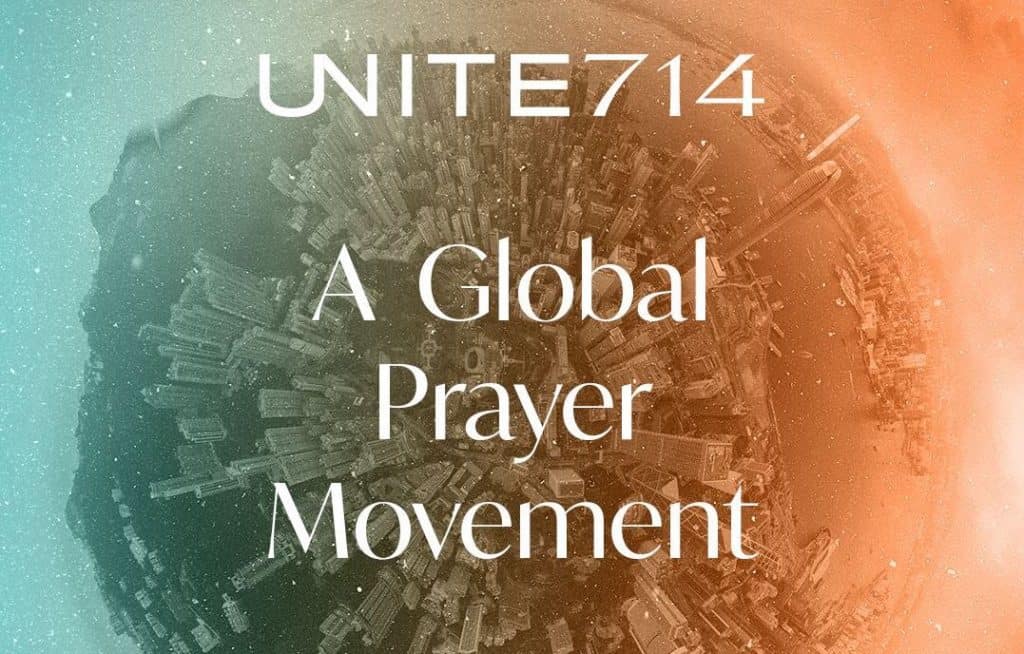