The chief editor of the Modern English Version of the Bible shares his insights into the spiritual legacy of Queen Elizabeth II who endorsed this new Bible translation.

The passing away of Her Majesty Queen Elizabeth leaves a void in the world that will not be soon filled, perhaps not at all until the Second Coming of Christ. Not since the reign of Elizabeth I (1558-1603) has the world had such an ardent Defender of the Faith until Elizabeth II reigned.

Not since the reign of James I (1603-1625), who commissioned the Authorized Version (King James Version), has the British Monarchy endorsed a Bible translation until Elizabeth II allowed the translators of the Modern English Version (update of the Authorized Version) to dedicate this work to her in 2014, which is tantamount to a royal endorsement.

Elizabeth II was born in Mayfair, London as Elizabeth Alexandra Mary Windsor on April 21, 1926, and passed away in Balmoral Castle, United Kingdom, on September 8, 2022. On February 6, 1952, upon the passing away of her father, George VI, she assumed the title: Her Majesty Elizabeth II, by the Grace of God, of the United Kingdom of Great Britain and Northern Ireland, and of Her Other Realms and Territories, Queen, Head of the Commonwealth, Defender of the Faith.

She reigned longer than any previous British Monarch and was the second longest reigning monarch of a sovereign nation in world history. She reigned for 70 years, 214 days over the United Kingdom and 14 additional commonwealths, realms, and territories. She celebrated her Silver Jubilee in 1977, Golden Jubilee in 2002, Diamond Jubilee in 2012, and Platinum Jubilee in 2022.

In commemoration of the passing away of Elizabeth II, who allowed the Modern English Version Bible translation to be dedicated to her, I would like to share this prayer, penned by one of the translators of the Modern English Version, Verna Hall Linzey, who was given the titles “United States Navy Mother of the Fleet,” and “Honorary Admiral,” by the late Admiral Frederick C. Johnson, USN (Ret.).

Almighty and Most Gracious Father, for our security, Thou hast given long life to Her Royal Majesty, ELIZABETH II, and placed her as the longest reigning monarch in world history. Grant peace and prosperity to Her Majesty’s Realms, Territories, and Commonwealth.

We petition Thee to keep Her Majesty, your humble daughter, in the palms of Thy gentle hands all the days of Her Majesty’s life. Illuminate Her Majesty’s mind, continually, granting Her Majesty wisdom to lead Thy people well; through Jesus Christ our Lord. Amen.

James F. Linzey is the chief editor of the Modern English Version Bible translation. He has a BA degree in Biblical Studies from Southern California College, and an MDIV degree from Fuller Theological Seminary. He is the author of numerous articles and books, speaker, and recording artist. He served as a military chaplain for nearly 24 years, attaining the rank of Major. He conducts a weekly podcast on The Baptism with the Holy Spirit on the Charisma Podcast Network.

Remembering 9/11: From Rubble to Redemption

Sat Sep 10 , 2022
Share on Facebook Tweet it Email Email https://uschristian.news/the-spiritual-legacy-of-queen-elizabeth-ii/#d29ybGQtdHJhZGU The world changed for all of us on 9/11. I can remember where I was when everything changed. As a Bible college student on the West Coast, my mom woke me up on that fateful morning to tell me the news as […] 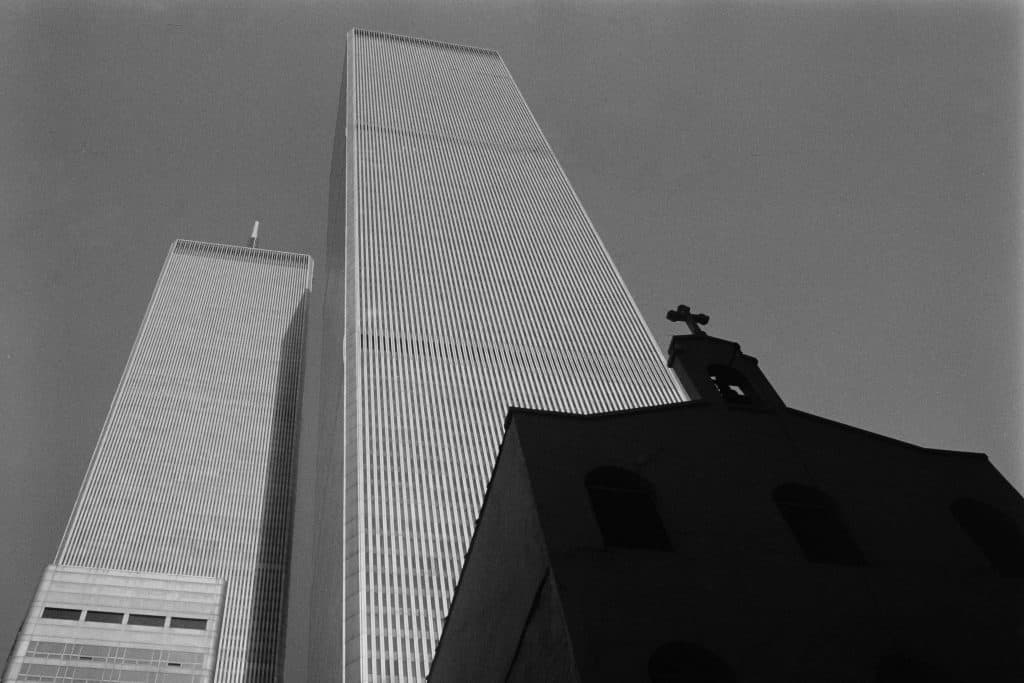