In the Beatitudes, we see that one of the risks of following Jesus is persecution. Daniel Fusco shares why this isn’t so bad.

Everything in life involves some risk.

When I was a senior in high school, I was nominated for homecoming king.

As part of the process, each nominee had to have a “Get to know me” video. I quickly realized that all the other nominees’ videos were essentially the same. You know: “My name is Brian. I like to work out. I am a very accomplished athlete. My parents bought me a cool car. And I think my . . . [flex] . . . biceps are my best feature.”

So my video began with a still photo: me with a big goofy smile. “My name is Daniel Fusco, and I’m a really friendly guy.” Then the way-too-loud-and-obnoxious punk music began. For the next eighty seconds, the entire video had quick edits of me kissing people.

But I knew that to truly make this video unforgettable, I needed to kiss Mr. Lundquist. Why? Because at a solid 260 pounds, Mr. Lundquist was known as one of the sternest teachers in school. It was not uncommon for him to literally bring students to tears.

One day he opened the door and said, rolling his eyes, “Hey, Fusco, I heard a rumor that they are taking videos of you kissing people.”

I seized my moment and said, “Funny you should say that, Mr. Lundquist. I was thinking I need to get you in my video.”

His face turned red. “If you even try, I will get you suspended, and I will fail you in my class. Say goodbye to college, Fusco.”

But hey, everything involves risk.

So I got myself mentally prepared and sufficiently hyped up. I had my buddy Fred set up down the hall with the camera. I figured that as Mr. Lundquist walked down the hall toward Fred, I would come up around him all ninja-like and plant a wet one on his gray-and-black beard.

Sure enough, the time was right, so I made my move.

It all happened in slow motion. I leaned in, but Mr. Lundquist was wicked fast. He leaned away. I missed by about an inch. Rats! He just leered at me, which made me very nervous. And then he chuckled and just walked away.

I felt as though I’d just lost the Super Bowl. I must have rewatched “The Attempt” 50 times. So close, but so far.

But then it dawned on me that I actually had something better.

When it was my turn to present the video at our assembly, it was unlike anyone else’s, obviously. But I was just waiting for that last frame. It was me trying to kiss Lundquist: me all puckered up, and him pulling his face away cringing.

My eyes were glued to Mr. Lundquist when that final still shot appeared on the projection screen. His eyes got really big. Everyone roared with laughter.

Lundquist then started to laugh hysterically. He looked over at me with a big smile and mouthed, “Great job!”

Funnily enough, from that day forward, Mr. Lundquist and I got along famously. And as it turned out, I was voted homecoming king. I guess being a really friendly guy has its benefits!

Even following Jesus has risks.

In the ninth and final beatitude, Jesus gets real about one of the risks of following him—persecution.

“Blessed are you when they revile and persecute you. . . .

Rejoice and be exceedingly glad, for great is your reward in heaven.”

Yet Jesus says, “Be joyful.”

In God’s eyes, a beautiful life is one that does not respond to evil speaking with even more evil speaking. A life that’s beautiful to God is the kind of life that when you’re slandered, you take it on the chin. And even more than that, you are joyful.

Sometimes we forget that you and I follow a persecuted Messiah. We follow a man who, on every single page of the Gospels, was challenged and pushed against. But for the joy that was set before him, he kept going.

When you and I are reviled and slandered and persecuted, we need to remember that we’re partaking in Christ’s sufferings.

In my twenties, my good friend Erika wasn’t a Christian, and I had just recently become a follower of Jesus and was constantly bugging her about giving her life to the Lord. Every time we talked, I would make it about following Jesus, and she was so annoyed.

One day as she chopped up vegetables for dinner, I sat in her kitchen doing what I always did: bug her about Jesus. And then finally she exploded and said, “You know, I am so sick and tired of it. You’re always talking about Jesus. I don’t believe in Jesus. I will never be a follower of Jesus. So will you just stop it?”

I told her that it was only a matter of time, and she threatened to stab me with her knife.

My face lit up. “Go ahead and stab me. I can’t wait to see Jesus!” Erika just shook her head and chuckled.

Poor girl. But I was right. I bugged her right into the kingdom. Two months later, Erika got saved and ended up marrying my wife’s brother.

We still laugh about it. I bring this up to illustrate, what’s the worst that happens when you talk about Jesus? You get stabbed while someone’s cutting up vegetables? Then you get to go home and be with Jesus. I mean, if you’re following Jesus, to live is Christ and to die is gain.

And if it’s not that bad, you’re not doing too bad.

This is an excerpt from Crazy Happy: Nine Surprising Ways to Live the Truly Beautiful Life by Daniel Fusco (Waterbrook, 2021). Used with permission.

For more information about the ministry of Daniel Fusco visit danielfusco.com

Also read: Game Over? It’s not over until God says it’s over!

Daniel Fusco is the author of Crazy Happy, and lead pastor of Crossroads Community Church in Vancouver, Washington. His messages air weekly on the Hillsong Channel.

Do You Want to Phone-A-Prophet?

Thu Mar 17 , 2022
Well, he did it again. My friend, prophetic minister, Tom Stamman gave out his phone number again. I guess you have to do that if God has led you to build a city that cares for orphans, rescue sex trafficking victims and is self-sustaining in agriculture due to current world situation. 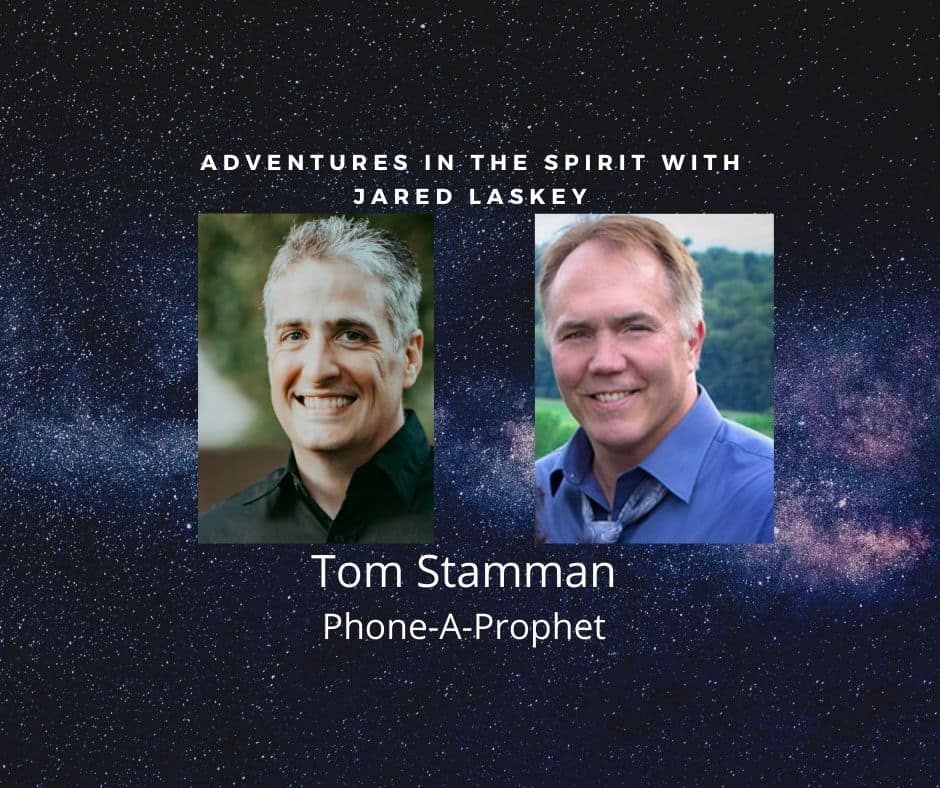