Priests for Life has released a new campaign to highlight the humanity of children in the womb. “My Heart Beats Just Like Yours emphasizes that an abortion doesn’t just terminate a pregnancy – it takes the life of a human being whose heart beats just like ours,” says Father Frank Pavone who is the national director of Priests for Life.

Janet Morana, Executive Director of Priests for Life, added, “Abortion Stops a Beating Heart has long been one of the most effective messages of the Pro-Life movement. My Heart Beats Just Like Yours builds on that phrase by making it even more personal, particularly to a woman who might be tempted to abort the baby whose heart is beating right below her own.”

At MyHeartBeatsJustLikeYours.com visitors can see extraordinary photos of babies in the womb as provided by the Center for Bioethical Reform. They they can see a video of the beating heart of a baby at six weeks of development. “The four-chambered heart is largely complete, beating 167 times per minute, with a wave pattern similar to the adult.” Resources for the campaign also include an informational brochure, t-shirts, buttons and stickers.

“Abortion advocates like to say that most abortions take place in the first trimester, as if at that stage these children are not quite human and it’s okay to end their lives,” Father Pavone said. “But at only eight weeks of development, for example, the baby has more than 4,000 body parts routinely found in newborns and adults, and possess about 1 billion specialized cells, forming nearly all components of all body systems! It’s about time that abortion advocates ‘follow the science,’ and face the facts this campaign unveils.”

About Priests For Life

Priests for Life is an anti-abortion organization based in the USA. It promotes Pro-Life activism especially among Catholic priests and laymen, with the primary strategic goal of ending abortion and euthanasia.

Tue May 4 , 2021
Share on Facebook Tweet it Email The 45th President of the United States, Donald Trump has launched a new online news feed, The Desk of Donald J Trump, providing his supporters with regular updates. This can be accessed at https://www.donaldjtrump.com/desk “In a time of silence and lies a beacon of […] 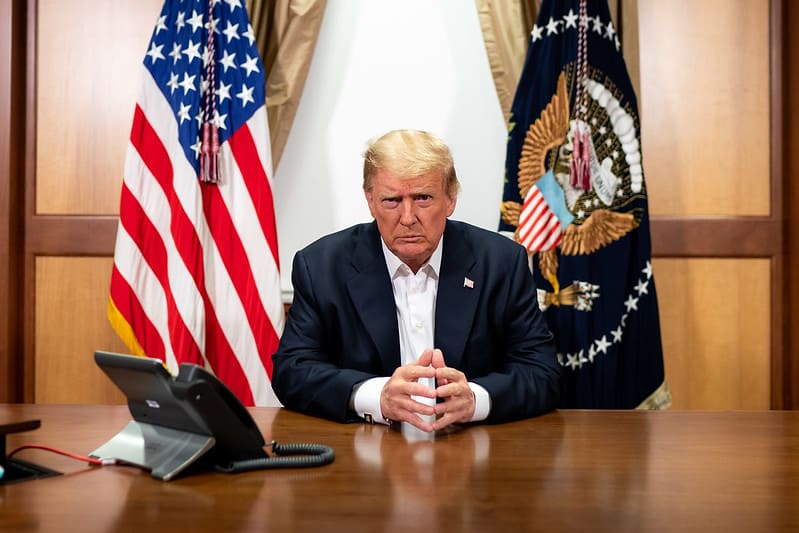