Religious freedom may be hanging in the balance in the USA according to Christians answering a survey conducted by James Kennedy Ministries (DJKM). Some are reporting a pervasive ill-treatment for their Christian faith.

96% of those who answered DJKM’s 2021 Spiritual & Constitutional State of the Nation Survey said they have “experienced verbal or physical abuse or bias” due to their “faith in Jesus Christ or . . . conservative Christian views.” That is three times more than in 2020, when 31% said they have been mistreated for their Christian faith.

Other top-line results from DJKM’s 26-question poll of our largely evangelical constituency include:

In addition, when asked to identify the top three issues facing Congress and the Administration, a strong majority of respondents listed religious freedom (79%) and abortion (65%), with the economy (28%) in third place. When asked to name serious threats to the U.S., respondents chose China first followed by socialism and the United Nations.

DJKM’s Spiritual & Constitutional State of the Nation Survey is an annual gauge of evangelical opinion on key social policy concerns. It is designed to give Christians the opportunity to clearly and effectively communicate their values to America’s leaders.

Tue Jun 1 , 2021
Share on Facebook Tweet it Email All Nations International have announced the sad passing of their co-founder, Floyd McClung at the age of 75. Possibly best known for The Father Heart of God, Lloyd was a best-loved international missions leader and author of 18 books in total including this international […] 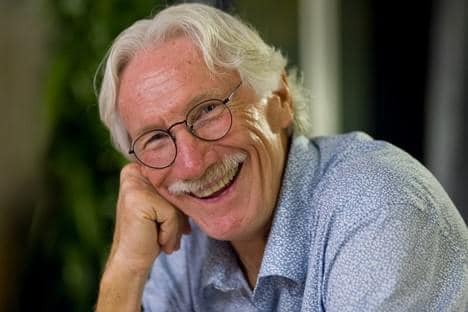