Have you recently seen or heard the late Kim Clement’s ‘Two President Prophecy’? It has been posted and discussed in a number of places due to recent political controversies. Many people seem to be discouraged because their presidential candidate was not sworn into office. And millions of people question the validity of the US Presidential election across party lines. And many are believing in a coming miracle.

With these things in mind and with the ‘prophetic crisis’ of ministries apologizing for predicting Trump’s 2020 re-election and it seemingly not coming to pass, I invited Pamela Christian to ‘Adventures in the Spirit.’ I wanted to follow up from a previous episode with Tony Kim where I asked, ‘Did the Prophets Get it Wrong.’ And with Pamela, I wanted to ask, ‘Did the Prophets Get it Right,’ while talking about the ‘Two President Prophecy,’ and its application to the present.

Knowing that the topic may be controversial, in a spirit of love, I quoted Kim’s prophecy. A portion of it says, “And they shall say, ‘But now there is a second president, how can we have two presidents?’ An unusual thing, isn’t it?” says the Spirit of the Lord. ‘Why would it be that one with a double-mind would stand up and face the people? No, they shall say, ‘We have two presidents, what do we do now?’ Fear not. For God says, ‘As I promised before, this is My Nation and I will change things according to the time and season and I told you now in Spring, I will expose and reveal things that have been hidden, so that My Nation can move into this next election and to the next phase with victory and honor and glory,’ says the Lord of Hosts!”

Some interpret the prophecy stating Kim’s word means there will be one double-minded US President. But others interpret it that there will be two US Presidents. Pamela said, ‘This is a battle of good versus evil. February 10, 2007, Kim prophesied about a ‘hot blooded’ president who will have two terms…April 4, 2007 Kim prophesied, ‘Trump shall be a trumpet.’” Pamela connected a handful of prophecies with Trump. I then asked if the ‘Two President Prophecy,’ applies today between Trump and Biden.

Pamela responded, “I do think so and I know there are people who won’t agree with me and that’s fine…The world of prophecy is like a puzzle. One person will be given a little bit of information and another person will be given more. And it can be given over a process of time…If the prophecy is genuine it will be fulfilled in God’s time and on His timetable. There is nothing we can do to alter God’s timetable.”

With the understanding that there are numerous potential cases going to court contesting the 2020 election, I asked what the fulfillment of Kim’s prophecy could look like. With wisdom Pam said, “You know Jared, if we could figure out how God would produce a miracle, then it wouldn’t seem like a miracle to us. If we could figure out the path that God is going to take to do something, then it’s only natural, logical conclusions and not a miracle…God has to present this information in such a way that people wake up. So when He acts, we can see the justice in what He is doing.”

Listen In or Watch This Conversation

This conversation had a sweet presence of God upon it. You don’t want to miss this, so take a listen and share this episode on Apple, Spotify, Google, Charisma, YouTube and anywhere you listen to podcasts.

Jared Laskey, M.Div., M.A. in Christian ministry, is the founder of Fireborn Ministries and host of the Adventures in the Spirit podcast. He lives to see Jesus awaken this generation to the power of the Holy Spirit. Jared loves teaching people how to hear God. He has recently published the Spirit-Empowered Journal, available on Amazon, and e-courses Entry Level Prophecy, The Last Days, The Baptism with the Holy Spirit and more on charismacourses.com.

Jared and Rochelle Laskey founded Fireborn Ministries together to teach believers how to live a daily Spirit-empowered life. You can find their resources and learn more about their ministry at firebornministries.com. They also have e-courses such as “Entry Level Prophecy,” “The Last Days,” “The Baptism with the Holy Spirit,” and more on charismacourses.com, and the popular podcast Adventures in the Spirit, available on the Charisma Podcast Network and anywhere you listen to podcasts plus Spirit Empowered Living, a teaching and equipping podcast.

Just Pray No to the increasing addiction crisis in America

Sun Mar 14 , 2021
Share on Facebook Tweet it Email Since 1991 ‘Just Pray NO!’ has united Christians in different nations in intercessory prayer on behalf of those bound by alcoholism, drug addiction and life-controlling compulsions. Now, Just Pray NO has designated the weekend of April 10th – 11th, 2021 as a Worldwide Weekend […] 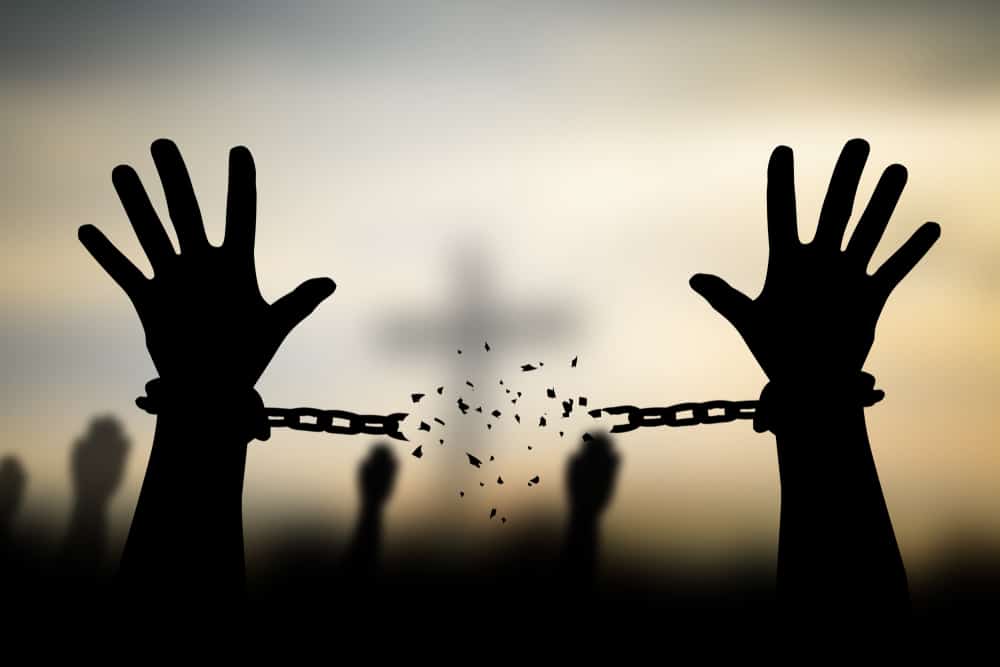