John Natale Prophesies: A lot has transpired in the last few weeks in America. With the reversal of Roe vs. Wade and it going back to the states with abortion truly not being a constitutional right. This is a sign that God is breaking through no matter what! More landmark decisions are coming from the Supreme Court that will anger political and spiritual powers but are righteous decrees. Christians are to continue standing on the Scripture, praying and decreeing God’s truths for our nation.

Intercessors are rising up and praying in the Spirit with authority as crisis after crisis is headlined on most news outlets and political vitriol is constant on social media. However, the Lord sends His prophetic words to foretell what is coming. He always gives insight into what His Spirit is doing behind the scenes as He dispels darkness and raises up a pure Bride.

Mandated to Prophesy Over the United States

John Natale, a prophetic minister, recently heard from the Lord. He has been given mandates and directives from the Lord for America. On June 4 John released this prophetic word, saying, “Holy Spirit is about to do something very significant in the last stages of the second quarter! The spirit of delusion is being allowed to operate a little longer, then it will come crashing down! The enemy has nothing left to give. His plans have been compromised, eradicated, and dissolved. What you see is the final performance of what has been watched, and bridled for many seasons. Take notice of sudden pockets of My glory, as it manifests in specific parts of the nation and reveals angelic activity. Keep your eyes fixed on Florida, California, and Nebraska! They have been prepared to reveal supernatural activity.”

John had also previously prophesied about the United States saying, “There is great movement in the spirit realm, as angels have been released to stand guard in strategic locations across the land. For there is one who expects a victory to be imminent, but the plans have already been witnessed by My gaze. They are powerless, and have no authority. It has already been spoken that these things shall not continue. For light overcomes darkness, and the darkness cannot comprehend it! You have seen many things take place that changed everything, but that didn’t change My plans for this nation. In everything, there is a time, a season. And in this, it can be a mystery that is not always understood. What is important is that you stay strong, stay alert and see things with spiritual eyes.”

He continued declaring, “Many have settled, letting go because of weariness. But I will revive their faith! This nation will return to a place of honor once again! The things that took place were allowed to come to fruition for many reasons. It revealed many things, many hearts that became cold, lifeless, and divided. But what was once good, shall be again! So prepare your jars, just as the prophet spoke to the woman who thought the end was near! Fresh oil is coming, and more than you can imagine! So rejoice, for what was taken, shall be returned! So as the enemy comes to steal, kill, and destroy, I Am here to give life, and give it abundantly! The season is nearly at hand, the time draws near, and many know that change is coming.”

The word concluded saying, “It is one that cannot be stopped, nor hindered. There is one who knows what he is called to do. For he has been active, strategic, and sharper than in the previous season. So keep your attention on him, for he will make a very profound declaration! For he is not weary, he has been given a double portion of grace, peace, and confidence. For he knows the outcome already, and knows that in its time, the curtain rises once again.”

Read more on What God is Saying for America.

Jared and Rochelle Laskey co-founded Fireborn Ministries to teach believers how to live a daily Spirit-empowered life. You can find their resources and learn more about their ministry at firebornministries.com. They also have e-courses such as “Entry Level Prophecy,” “The Last Days,” “The Baptism with the Holy Spirit” and more on charismacourses.com, and the popular podcast Adventures in the Spirit, available anywhere you listen to podcasts.

Sun Jul 3 , 2022
Share on Facebook Tweet it Email “Civil Rights battles must be won in each generation” says Dr Alveda King as she reflects on America this Independence Day. “Let Freedom Bells Ring this July 4th from Womb to Tomb,” is her heart’s cry. On July 2nd, we celebrate the 58th anniversary […] 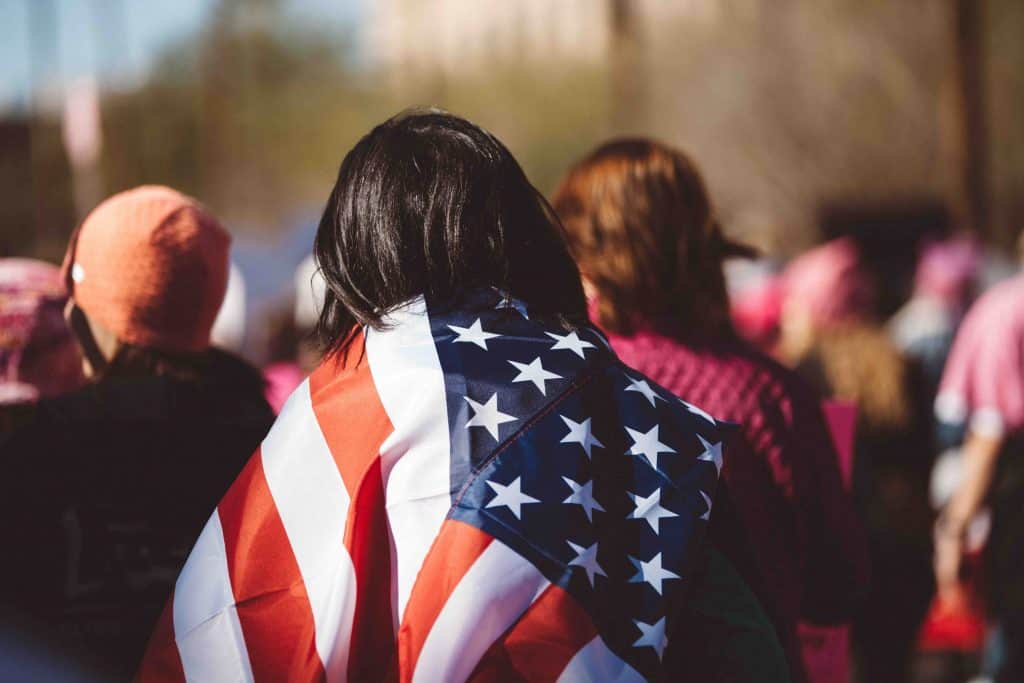